Skip to content
Latest news
Changing the Fortunes of farmers and families in Muranga’s County, Kenya
Five African Presidential Elections to watch in 2021
Tayo Oviosu, founder of Paga is excited to take technology built in Africa to the world
A response to the article “The Oromo war against Ethiopian nationalists and ethnic Amhara”
Kunda Kids: fictional stories based on real and inspirational figures from ancient African history
Art & CultureEditors Choice 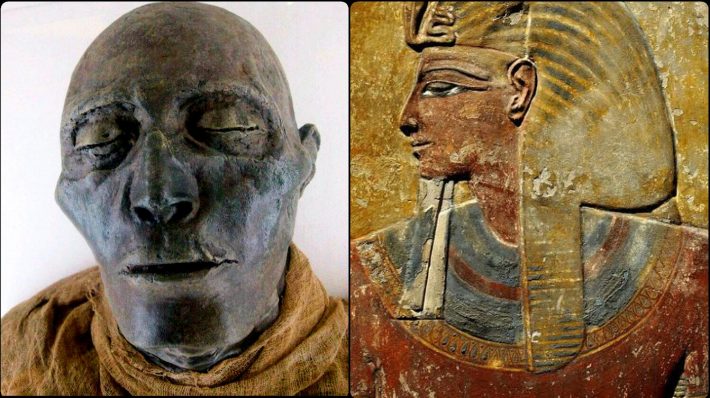 Ever since the Europeans and Arabs invaded Kemet/Africa, over a thousand years ago, they have been fascinated and obsessed with the vast knowledge and heritage which the African continent houses.

For centuries, they have dug up the ancient graves of notable Africans from various empires, kingdoms, and cultures, in a bid to understand how Africa got to be so magnificent in civilization, technology, and culture.

The more they searched, the more they found undeniable evidence which points to the fact that Africa’s civilization predated European and Western civilization. This led many Egyptologists and historians to find ways to discredit the Black/African origin of ancient Egypt (Kemet).

For hundreds of years, they have tried to explain that Egypt was built by aliens, whites, or even giants. But all of these lies meet a water-low when pieces of evidence such as the mummified face of Pharaoh Menmaatre Seti I is put on display.