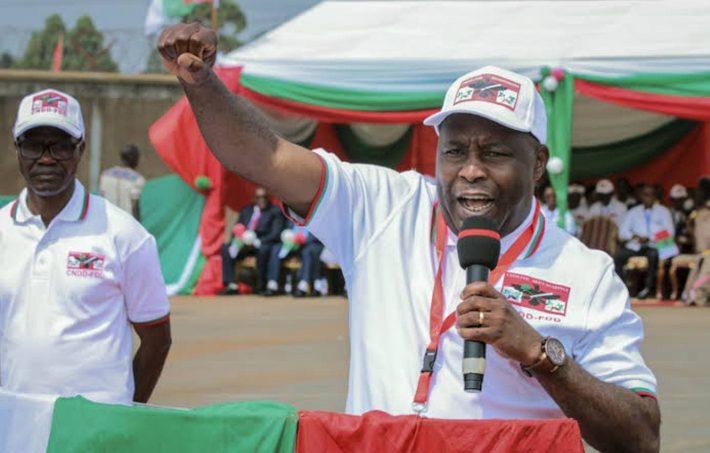 Mike Sonko, the flashy governor of Nairobi, has been distributing packages of food to families as restrictions on movement to slow the spread of Covid-19 bite. A photo reveals that some of his donations included bottles of Hennessy, a brand of cognac.

“I think it has created mixed reactions why I am giving some small bottles of Hennessy in the food package which we give to our people,” he said.“I think from the research which has been conducted by the World Health Organization and various health organisations it has been revealed that alcohol plays a very major role in killing the coronavirus or any sort of virus.”

In a longer video circulating on WhatsApp, the governor explained further.

“If you take any sanitiser and check the alcoholic content you will find out each sanitiser has above 70% of alcohol content. And you see those things we are putting there [in the food pack] is not a drug or chang’aa [local brew], that is Hennessy which has some percentage of alcoholic content,” Sonko said.

“And that should act as a throat sanitiser. It kills the virus. In case the virus is somewhere in the throat, it kills.” Nkurunziza, 55, died on June 8 in what officials said was the result of cardiac arrest.

The former rebel had ruled the country for 15 years, his rule marked by widespread brutality and repression of his opponents. Rtds Gen. Ndayishimiye was declared winner of the presidential election last month after fending off a challenge from the opposition’s Agathon Rwasa.