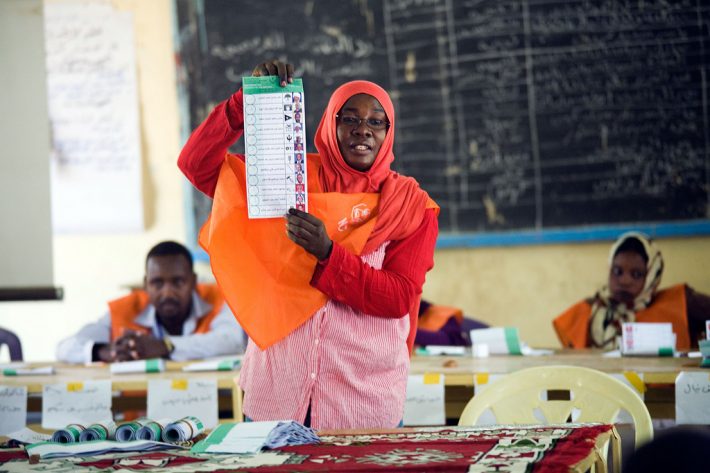 At the beginning of 2020, Africa had 13 elections scheduled. It was predicated that 2020 would be a critical year of elections for the continent, with elections clustered in West Africa (6 elections), the Horn (Ethiopia and Somalia), and the Great Lakes (Burundi and Tanzania).

Since, due to the risks posed by the coronavirus, some elections have been postponed.

Meanwhile, four countries in Africa have had elections. Guinea, Cameroon and Mali held legislative votes in March followed by Mali, which held its second round legislative polls in April, and on 17 May, Benin held local elections.

According to reports, in all the elections held, voter turnout seems to have suffered.

Nine countries, the Gambia, Kenya, Nigeria, Tunisia, Uganda, Zambia and Zimbabwe have suspended sub-national elections. Ethiopia has postponed national polls, and in early-May, South Africa’s electoral commission announced that it was delaying 30 municipal by-elections.  Yet, out of the 13 elections scheduled for the latter half of the year, Burkina Faso, CAR, 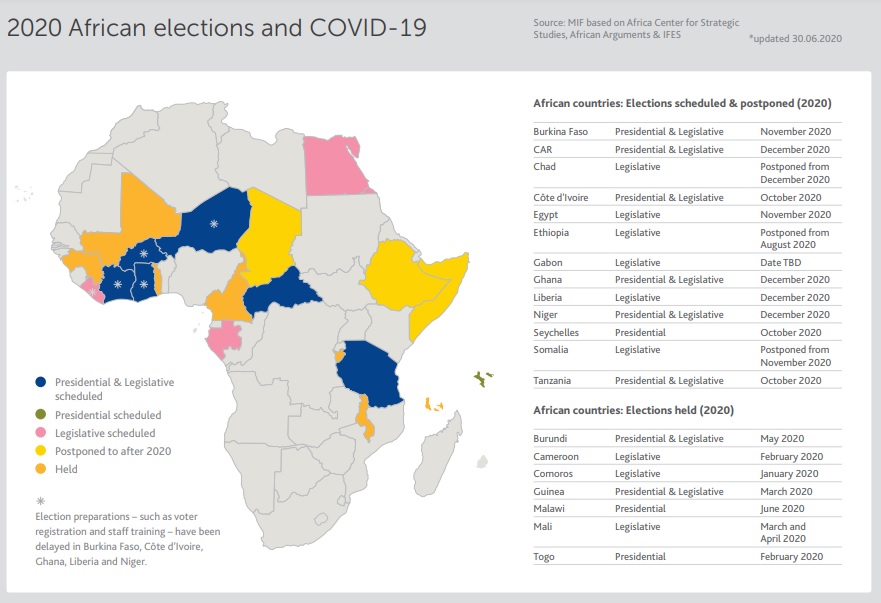