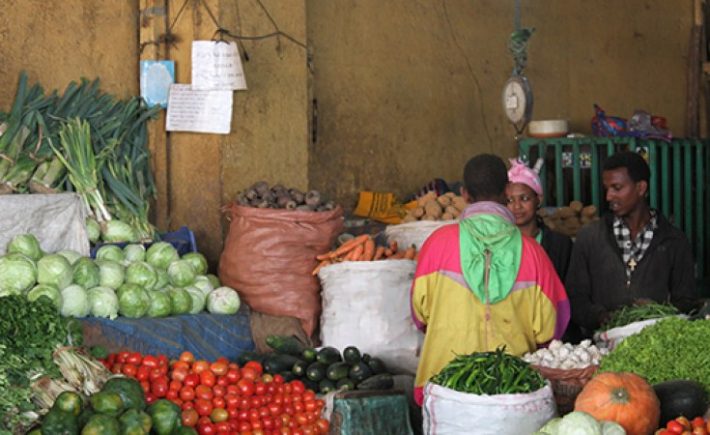 The United States Department of Agriculture (USDA) Foreign Agricultural Service in Addis Ababa lauds Ethiopia’s approval of commercial cultivation of the controversial genetically modified organisms (GMOs), according to a new report it published.

In a report USDA published on February 5, 2020, prepared by Abu Tefera, agricultural specialist of the USDA and approved by Rachel Bickford, foreign service personnel, the Ethiopian government’s “approval of commercial cultivation of genetically engineered cotton and confined field trail on GE maize can be taken as an effort of the government to improve agricultural productivity using modern agricultural tools,” it said. The report went on to say that the country’s adoption of Bt-cotton not only has important economic importance but also expected to have positive influence on the acceptance of this technology in the region. “Especially considering that a decade ago the country was at the forefront of the anti-GMO movement in Africa,” it said.

Ethiopia for long years had resisted the use of genetically modified seeds, that are often adulterated by pesticides, touted as a means to boost agriculture security by lobbyists. However, this has been relaxed in recent years, the country moving to approve the commercial cultivation of genetically modified insect-resistant BT cotton and field research on GM maize.

The USDA’s report expresses its delight in the interest shown by the government, “from the Prime Minister’s office on down,” in what it describes as “in commercializing agricultural biotechnology as a tool to achieve food security in the country, it said.

To show the government’s growing commitment to GMOs , the report cited the move to authorize a five-year permit to conduct confined field trails on drought tolerant and pest resistant WEMA-TELA Maize, developed under the philanthropic Water Efficient Maize for Africa (WEMA) project in partnership with the African Agricultural Technology Foundation. “The WEMA-TELA Maize trails have been successfully conducted in 2019 by the Ethiopian Institute for Agricultural Research. The second trail will start up in November during the dry season using a controlled drip irrigation system,” the report reads. Another GM crop approved for a confined field trail is, disease-resistant Enset (Ensete ventricosum), according to the report. Enset, commonly called “false banana” is a native crop and belongs to the earliest plants domesticated in Ethiopia.

The US government has been promoting the interests of the biotechnology industry for several years. When Corteva Agriscience, the agriculture division of the American brand DowDuPont, one of the world’s largest GMO seed companies, opened its office in Addis Ababa in mid-April, 2019, the American Ambassador in Adis Ababa described it as a part of “the U.S Government’s ongoing investments in Ethiopia’s agricultural capacity,”

Though certain experts and scientists have long been optimistic about the possible application of GM crops to overcome agricultural and food crises in Africa, there have been serious concerns about the application and the whole topdown approach. Teshome Hunduma, who is currently doing research on seed system development at the Norwegian University of Life Sciences, says that agricultural and food crises that occur in the country are not only the result of lack of use of agricultural technologies, but it is rather the product of “the top-down, dogmatic attitude, uncritical faith in techno-scientific solutions, and the condescending attitude towards smallholder farmers that is rampant throughout the formal agricultural institutions”.

Teshome recalls the imperial monopolistic use of agricultural technologies and exploitation of peasants pre-1975, focus on inefficient and ineffective state farms and marginalization of peasants between 1975-1991, and continued state ownership of land and top-down agricultural development policies from 1991 until now. He said: “This experience from the past and recent political changes in the Ethiopian agricultural system shows the exclusion of the poor from the use of agricultural technologies and an increasing gap between rich and poor, not equitability.” The use of GMO seeds yokes farmers to corporate power, requiring ongoing purchases from multinational companies that have control over the technology through intellectual property rights, experts say. While the companies enjoy exclusive rights to commercialize their technologies, they have less accountability for GMO contamination of farmers’ indigenous crops, according to the argument. Almost 400 cases of contamination occurred between 1997 and 2013 in 63 countries, according to the International Journal of Food Contamination.