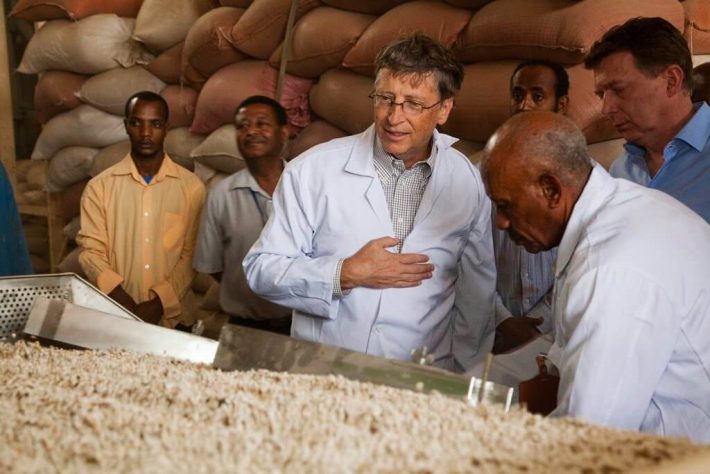 In the last four years, the Bill and Melinda Gates Foundation has donated a total of $15 million to two global campaigns aimed at “ending world hunger” by expanding the use of GMO technology. The first, called the “Alliance for Science,” was created in 2014 with the intention of “depolarizing” the GMO debate.The second, called “Ceres2030,” was created in 2018 to help the United Nations achieve its goal of “zero hunger by 2030.”

Both campaigns are headquartered at Cornell University.

“The situation is increasingly urgent, with many countries at critical junctures in determining whether plant science can help deliver food security and reduce the environmental damage caused by agriculture,” said Alliance for Science director Sarah Evanega.

“We must be sure that science-based solutions don’t bypass the poor.”

The Alliance has built a network of more than 9,000 “science allies” representing more than half the world’s countries and every U.S. state, the release says. Last fall, the Gates Foundation helped start another campaign at Cornell called Ceres2030, named after the Roman goddess of agriculture. The “non-profit” campaign will advise the United Nations on which policies and investments to make in order to achieve its goal of “zero hunger by 2030.” Several of Ceres2030’s board members have clear links to Big Ag, points out Jonathan Latham, cofounder of the Bioscience Resource Project. Chief among them:

1. Ronnie Coffman, secretary of the International Service for the Acquisition of Agri-biotech Applications, an agribusiness lobby group for GMOs based at Cornell.

“Based on internal emails obtained from Cornell via the Freedom Of Information Act, the nonprofit US Right To Know concluded that “The Cornell Alliance for Science is a PR Campaign for the Agrichemical Industry” which uses Cornell’s name as cover,” Latham writes.