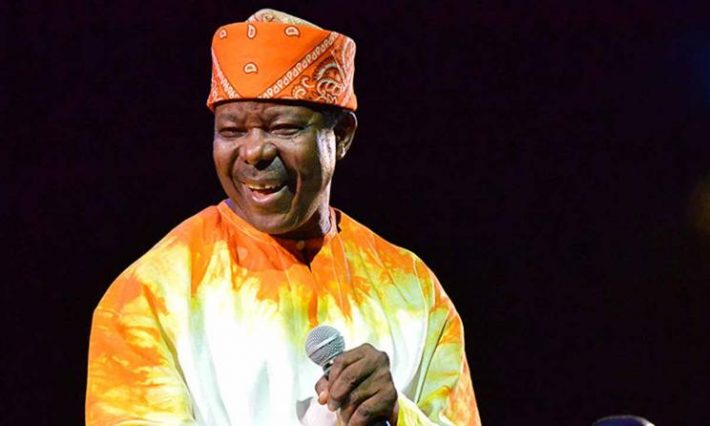 Then, their music – which was mostly done in the genres of highlife, juju and apala – was resplendent with African proverbs and idioms, and served as a source of wisdom for the uninitiated. That was the hallmark of classics from Chief Stephen Osita Osadebe, King Sunny Ade, Ebenezer Obey and others.

Meanwhile, the likes of Fela Anikulapo Kuti took the route of speaking truth to power no matter the circumstance. That was then…

Can the same be said about today’s generation of ‘hip’ musicians, represented by the likes of Davido, Wizkid and many others? The answer is an emphatic ‘No’. Why? Underwhelming songwriting and melodies, and lyrical content that directly or indirectly glorifies criminal lifestyles, if coherent enough to carry any discernible meaning.

In the days of yore, one could hear musicians sing in praise of womanhood, like Nico Mbarga in his monumental hit ‘Sweet Mother’. The same goes for Osadebe, who in ‘Makojo’ told his listeners that no matter how tough life can be, boys must survive through legit ways.

Sir Shina Peters in his Ace album pointed out that most social ills were traceable to menfolk and in conclusion called for woman to be given a chance to run Nigerian politics. Perhaps Peters’ call has played a part in challenging the status quo that now sees 35% of women appointed at all levels of government.

Reggae musician Ras Kimono employed ‘Likkle Sugar’ as an answer to suffering in Nigeria, while his counterpart, Orits Williki, in his Tribulation album, pleaded that he should be given “a little time to fight this fire”.

That was when Nigerian music, such as Sonny Okosuns’ ‘Fire in Soweto’, was banned in South Africa by the apartheid regime because of its strong message condemning government-sponsored brutality against the poeple. It is also on record that his ‘Which Way Nigeria’ became the song that Samuel Doe and his band of soldiers used as inspiration to topple William Tolbert’s government in Liberia. No doubt music that could rouse people to action.

Even ‘African Queen’ by 2Baba and ‘Oruka’ by Sunny Neji still pull people to the dancefloor, 15 and 12 years after being released respectively.

One can go on enumerating the powerful songs from these musicians – songs that still bring a feeling of nostalgia when heard today.

It’s difficult to believe that most of today’s popular musicians come even close to wielding the same power of activist lyricism as the above-mentioned artist. And it’s unnerving to see the listening public lapping up mediocre music with incoherent, and often immoral, lyrics that have no answers about the many social challenges that Nigerians face on a daily basis. Perhaps escapism is the short-term aim when listening to today’s megastars. Whatever the answer, you won’t find too many evergreen songs coming out of Nigeria today.