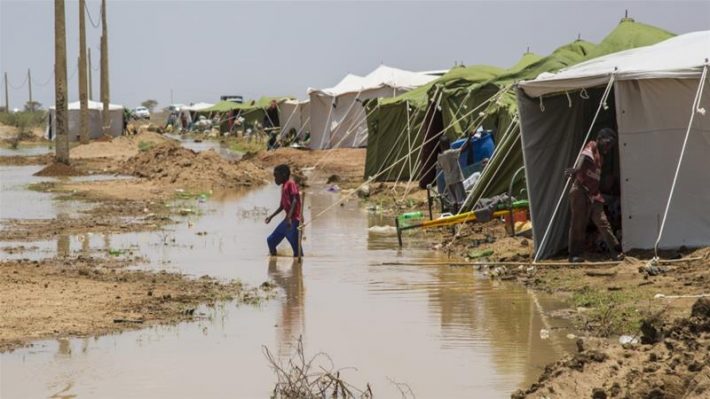 Sudan has been hit by its worst flooding in decades, with heavier-than-usual rainfall causing the Blue and White Niles to breach their embankments in the capital Khartoum.

The rains, which began in late July, have steadily worsened across the country, hitting their peak last week. At the weekend, authorities declared the entire nation a natural disaster area, imposing a three-month state of emergency while thousands of volunteers joined civil defence personnel in rescue operations.Authorities said that 50 people were also injured and 100,000 homes were damaged or destroyed across the country. As many as 500,000 people have been affected, as well as 43 schools and more than 2,000 health centres.

The destruction is a reminder of the potential devastation Sudan could face if there was a structural breach in the massive hydroelectric dam being built by neighbouring Ethiopia.

Sudan has repeatedly demanded that experts from Khartoum and the Ethiopian capital Addis Ababa closely co-operate over the operation of the Grand Ethiopian Renaissance Dam, or Gerd, which is just 19 kilometres away from its eastern border.