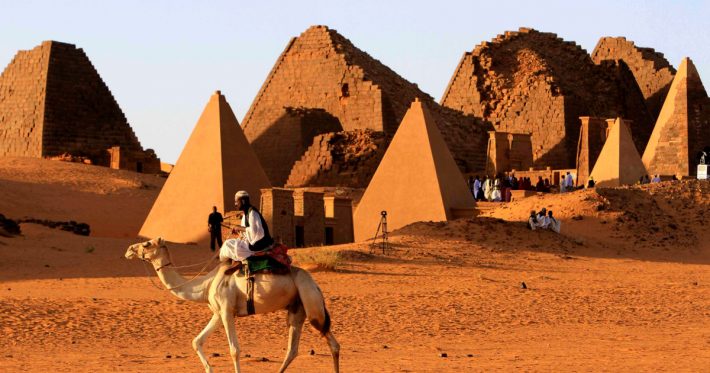 The annual flooding of the Nile enabled the creation of early civilisations and made wonders such as the Meroe Pyramids possible (David Rose writes).

But now the ancient royal tombs in Sudan are being threatened by the rising river, archaeologists claim. The Sudanese authorities have declared a three-month national state of emergency after record-breaking floods that have killed at least 99 people and made thousands homeless.The rising waters have threatened the 2,300-year-old remains of a Nubian capital city, which are normally about 550 yards away from the river.

Teams have set up sandbag walls and are pumping out water to prevent damage at the ruins of al-Bajrawiya, a former royal city of the Kushite Empire, which contains the Meroe Pyramids, a Unesco world heritage