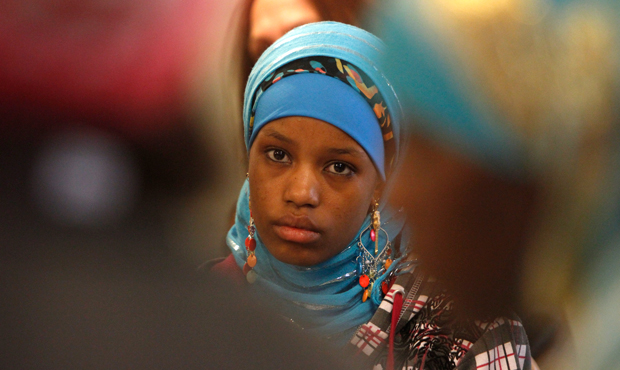 In recent years, stories have come out revealing the horrendous conditions of immigrants in detention centers in the United States. We’ve seen the struggles, the challenges, and the inhumane conditions immigrants face at the border and in the states. What’s been less visible is the role systemic racism plays in the immigration system. That racism impacts Black immigrants the hardest in a number of ways.

During the COVID-19 pandemic, dozens of families continue to be tragically locked up and separated by U.S. Immigration and Customs Enforcement (ICE). While there have been many horrific headlines surrounding this topic, one aspect of family detention in 2020 has been grossly underreported. Almost half of the families currently detained by ICE are Haitian. In Karnes County, Texas between January and March of this year, 29% of families detained at the Karnes County Residential Center were Haitian according to tracking by RAICES (The Refugee and Immigration Center for Education and Legal Services).

However, as the pandemic progressed and some families were released by ICE, the number of Haitian families detained shockingly rose to 44%. In 2020, the U.S. has consistently detained more Haitian families than any other nationality.