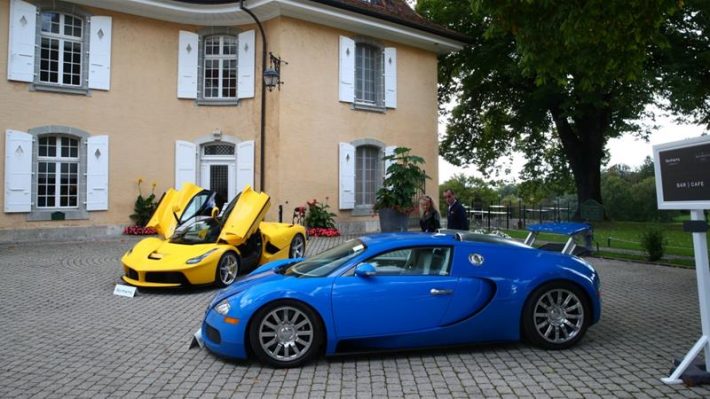 An auction house in Switzerland is set to sell a collection of luxury cars seized by authorities from the son of Equatorial Guinea‘s president in a money-laundering investigation. The 25 cars include Ferraris and Lamborghinis and are expected to bring in 18.5 million Swiss francs ($18.7m) on Sunday, according to the auctioneer, Bonhams.” This is an exceptional sale,” Philip Kantor, head of European motoring at Bonhams, told AFP news agency. “It’s a private collection of supercars, with very low mileage.” The auction comes after the Geneva prosecutor’s office announced in February it had closed a case against Teodoro Nguema Obiang Mangue – son of the country’s president of 40 years, Teodoro Obiang Nguema Mbasogo – and two others following an investigation of money laundering and mismanagement of public assets.

Prosecutors said they were dropping charges of financial wrongdoing against the younger Obiang, known as Teodorin, who is also the vice president of the country, but were confiscating the luxury cars as part of the case. Under the Swiss penal code, prosecutors can choose to drop charges in this category if defendants offer compensation “and restore a situation that is in conformity with the law”. Among the cars to go under the hammer at a golf club in the village of Cheserex, near Geneva, are seven Ferraris, three Lamborghinis, five Bentleys, a Maserati and a McLaren.The most expensive lots are a Lamborghini Veneno Roadster, valued at between 4.8 million and 5.7 million euros ($5.2-6.2m) and yellow Ferrari hybrid at 2.4-2.6 million euros ($2.6 – 2.8m).

All cars will be sold with no reserve price. 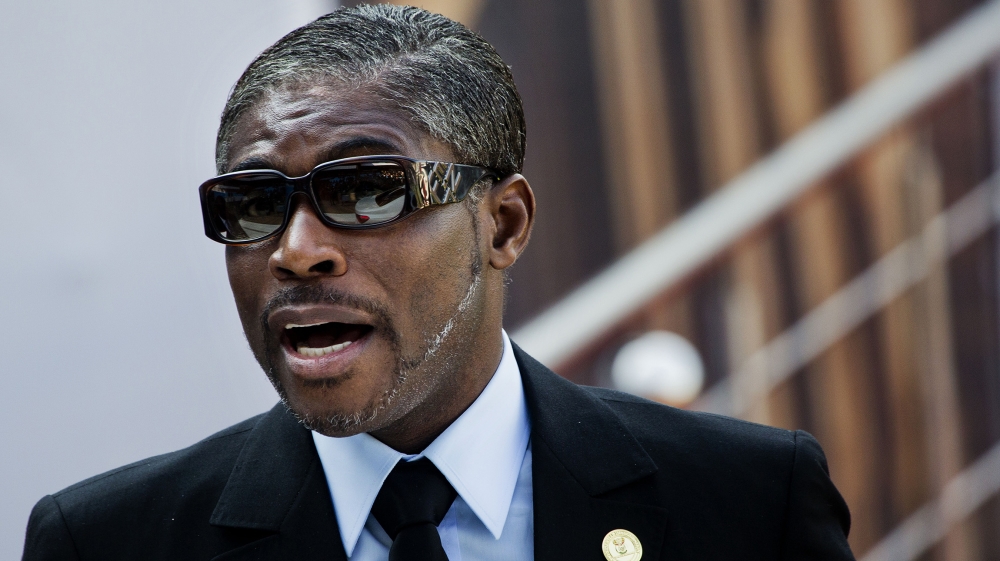 In October 2017, a Paris court handed Obiang a three-year suspended jail term after convicting him of siphoning off public money to buy assets in France [Jerome DelayAP]

The Equatorial Guinea president’s son has also been caught up in legal trouble elsewhere.

In October 2017, a Paris court handed him a three-year suspended jail term and a suspended fine of 30 million euros ($32.8m) after he was convicted of siphoning off public money to buy assets in France. He was accused of spending more than 1,000 times his official annual salary on a six-storey mansion in an expensive part of the French capital, a fleet of fast cars, and artworks, among other assets. Last year, Brazilian officials said $16m in undeclared cash and luxury watches that were seized from a delegation accompanying Teodorin may have been part of an effort to launder money embezzled from the country’s government. The government of Equatorial Guinea, one of Africa’s top petroleum producers, denounced the seizure at the time and said that the cash was meant to cover the cost of Teodorin’s trip while the watches were for personal use.

The government also said Brazilian authorities had misrepresented “the true sum of the money and the value of the confiscated jewels”, and called for the confiscated assets to be returned. Teodorin is seen as being on track to succeed his father – who has been in power since 1979 – and is a senior officer in the army in addition to being the vice president. Last November, he presided over a cabinet meeting for the first time.