Skip to content
Latest news
The dangers of NGO-isation of women’s rights in Africa
Greenlight Planet & Rural Ethiopia’s Energy Sector Transformation
Nigeria Is Not Rice Self-Sufficient Yet, Says Africa Rice Centre
Displacement and Dispossession in Tanzania: How “Conservation” is Destroying the Maasai
Access to and quality of education: How is Africa progressing?
Editors ChoiceIn The NewsPolitical and Social Commentary 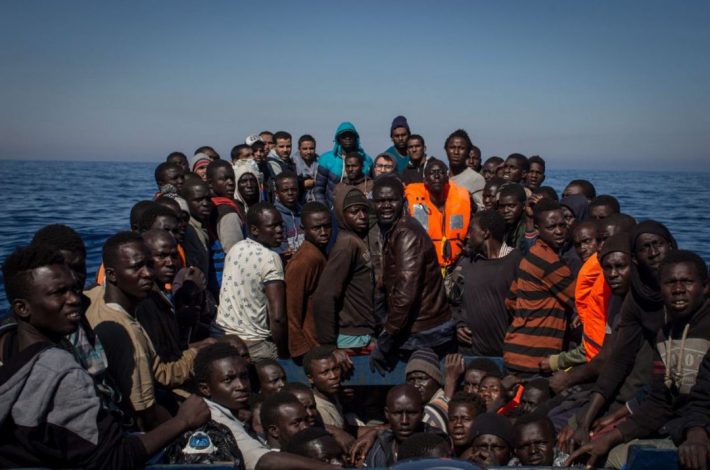 Migrants take dangerous routes from Africa to Europe not because they need protection or jobs but because their countries do not meet their aspirations quickly enough, a new study by the UN‘s development agency found.

The report published on Monday by the United Nations Development Programme (UNDP) referenced 1,970 migrants from 39 African countries in 13 European nations.

The study – titled Scaling Fences: Voices of Irregular African Migrants to Europe – said 58 percent of those surveyed were either employed or in school at the time of their departure, and the majority with jobs earning competitive wages. Still, about 50 percent said they were not earning enough. For two-thirds, earning or the prospect of earning in their home countries did not hold them back from leaving.

“Scaling Fences highlights that migration is a reverberation of development progress across Africa, albeit progress that is uneven and not fast enough to meet people’s aspirations. Barriers to opportunity, or ‘choicelessness’, emerge from this study as critical factors informing the calculation of these young people,” said Achim Steiner, UNDP administrator.

“By shining a light on why people move through irregular channels and what they experience when they do, Scaling Fences contributes to a critical debate on the role of human mobility in fostering progress towards the Sustainable Development Goals and the best approaches to governing it,” he said. The apparent shame of not achieving their “mission” of sending funds back to families and communities emerged as a major factor in keeping respondents from returning, with 53 percent receiving at least some kind of financial support from their families and friends to pay for their journey. Once in Europe, of those working and earning, the vast majority – 78 percent – were sending money back. Respondents were on average sending one-third of their monthly incomes back – but this represented 85 percent of their total monthly incomes in their home countries.

The report also found the experience of being in Europe differed between men and women: the gender wage gap between men and women in Africa reverses in Europe, with women earning 11 percent more, contrasting with making 26 percent less in Africa. A higher proportion of women were also sending money back, even among those not earning. Gender differences were also apparent in experiences with crime, with a slightly higher proportion of women falling victim than men, and significantly more experiencing sexual assault.

The study also showed migrants who made the fraught journey from Africa to Europe would do so again despite knowing the dangers of the trip.

About 93 percent of those interviewed experienced danger on their way, but only two percent said greater awareness of the risks would have caused them to stay home. Last year, leaders from 164 countries agreed to a global pact that set in action a plan “to prevent suffering and chaos” from global migration despite opposition and several withdrawals, including the United States. The Global Compact for Safe, Orderly and Regular Migration (GCM) – a non-binding agreement signed in Morocco – aims to better manage migration at local, national, regional and global levels, including reducing the risks and vulnerabilities the migrants or refugees face at different stages of their journey.

Monday’s study called for the continued expansion of opportunity and choice in Africa “while enhancing opportunities to move from ‘ungoverned’ to ‘governed’ migration, in line with [the GCM accord]”.