Skip to content
Latest news
Changing the Fortunes of farmers and families in Muranga’s County, Kenya
Five African Presidential Elections to watch in 2021
Tayo Oviosu, founder of Paga is excited to take technology built in Africa to the world
A response to the article “The Oromo war against Ethiopian nationalists and ethnic Amhara”
Kunda Kids: fictional stories based on real and inspirational figures from ancient African history
Editors ChoiceIn The NewsPolitical and Social Commentary 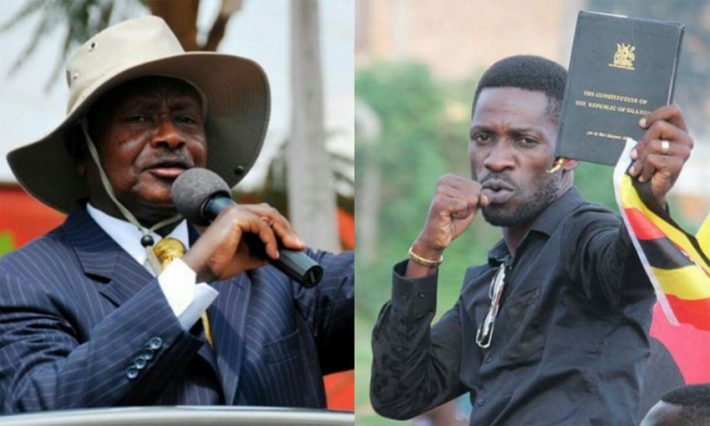 These were the words Ugandans screamed across Kampala Road as a swirling darkness churned across the capital city. Panic seized everyone, pandemonium reigned. Menace, molestation and mayhem combined to conjure a madness of a particular kind. Some soldiers were running about while firing warning shots as civilians took cover. Other soldiers were arriving in the shape of troop movements gone menacingly haywire. No, these were not scenes from the chaos and state-violence which erupted after leading presidential candidate Bobi Wine’s arrest on Wednesday in Luuka District, eastern Uganda. These scenes were from the arrest of Benedicto Kiwanuka, the President General of the Democratic Party (DP) and Chief Justice of the Uganda High Court, after he was dragged out of the High Court building in Kampala on September 21, 1972 by Gen. Idi Amin’s soldiers.He was forced into the trunk of a waiting car before being taken to Makindye Military Police Barracks where he was reportedly killed by Gen. Amin himself the following day. As terrifying as it may seem, Uganda is held in the throes of Aminism again. So Gen. Yoweri Museveni’s Uganda and Gen. Amin’s Uganda share the blood-soaked attributes of a country caught in the crosshairs of gunmen.

With Bobi Wine’s arrest on Wednesday, the dominoes fell fast and furious.  National Unity Platform (NUP) leaders in Masaka Florence Namayanja, Mathius Mpuuga, Ronald Kanyike, Dr. Abed Bwanika and others leaders were all arrested.Forum for Democratic Change (FDC) Party Presidential candidate Patrick Oboi Amuriat was arrested in Gulu shortly after. The DP’s Mukasa Mbidde was arrested in Masaka city on Thursday for allegedly inciting violence. As the saying goes, the first casualty of war is innocence. In this respect, Uganda Police reported that three people died and 38 were wounded in the protests which erupted after Bobi Wine’s arrest. The figures could be higher.

However, the worst is yet to come.

Bobi Wine was ostensibly arrested for transgressing guidelines limiting attendance at rallies to 200 people during the COVID-19 pandemic. Yet Gen. Museveni and his National Resistance Movement (NRM) bigwigs control the radios and televisions. They have denied access to candidates such as Bobi Wine to these media platforms, so Bobi Wine’s only recourse is to reach out to the people through rallies. This will not be the last time Bobi Wine and and other candidates contravene the COVID-19 guidelines. So more arrests are bound to follow, along with the concomitant loss of life and liberty. These guidelines are also applied only to the opposition candidates but not to Gen. Museveni and the NRM party. As the capital city is patrolled by soldiers and tear gas canister-wielding police officers, Kampala is an armed camp. This is simply because a future is struggling to be born while the past clings to power in spite of the writing being on the wall that change is definitely coming. Prince Metternich (1812-22) once wrote that the most fundamental problem of politics is not the control of wickedness, but the limitation of righteousness. In this vein, the NRM seems to believe that only it has a monopoly on what is right for Uganda. That’s why Gen. Museveni has often said that he is the only person in Uganda with a vision. Such unlimited self-righteousness will brook no opposition, while it views anyone or anything outside its scope of reference as an “enemy” of the people.

This is why Museveni’s rule is potentially far more dangerous than Idi Amin’s ever was.