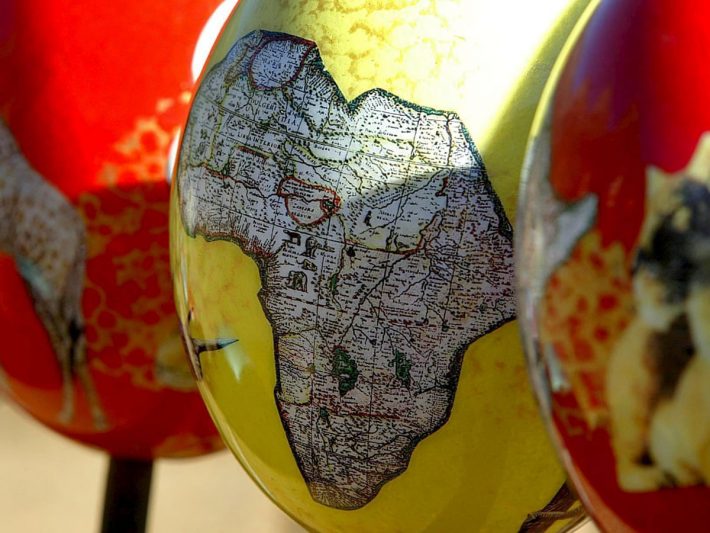 The three oldest known mathematical objects in the world are from Africa. There are two ishango bones, both from the Democratic Republic of Congo. The Lebombo bone is from a cave on the border between Swaziland and South Africa.

The Ishango bones are named for the Ishango area of the North-Kivu Province located in northeastern Democratic Republic of Congo. It lies near the shores of the Semliki River in the Virunga National Park. The site of Ishango has been populated by humans for over 25,000 years.