Skip to content
Latest news
The dangers of NGO-isation of women’s rights in Africa
Greenlight Planet & Rural Ethiopia’s Energy Sector Transformation
Nigeria Is Not Rice Self-Sufficient Yet, Says Africa Rice Centre
Displacement and Dispossession in Tanzania: How “Conservation” is Destroying the Maasai
Access to and quality of education: How is Africa progressing?
Editors ChoicePolitical and Social CommentaryUncategorized 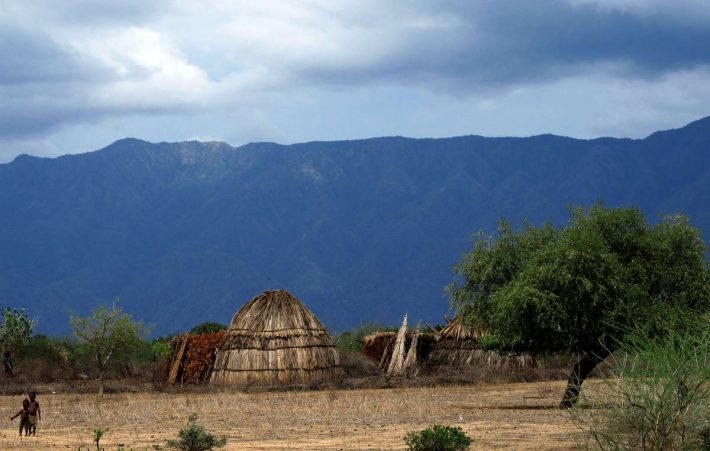 In the past few weeks, we have received information that Ethiopian security forces have undertaken major operations to disarm two local tribes in Lower Omo Valley—the Mursi and the Bodi—because of incidents related to the sugarcane plantations. The disarmament operation has led to indiscriminate killings of civilians, mass detentions as well as horrific abuses including rapes, beatings, and various forms of humiliation by security forces.

Alleged destruction of granaries and theft of cattle by soldiers has been carried out, which are expected to result in distress and starvation for a population whose livelihoods have been already severely impacted by the establishment of the Gibe III dam and sugarcane plantations. This is compounded by the confiscation of guns that agro-pastoralists use to protect their communities and livestock from both wild animals and armed thieves from the neighboring Sudan while no alternative protection is offered to the population.

Our June 2019 report, How They Tricked Us: Living with the Gibe III Dam and Sugarcane Plantations in Southwest Ethiopia, revealed the dire situation faced by the Indigenous in Ethiopia’s Lower Omo Valley following the construction of the Gibe III Dam and the establishment of sugarcane plantations.

The construction on the dam began in 2006 with the intended use of increasing energy potential and irrigating large-scale plantations downstream, in the hopes of making the country a leading global sugar producer. In 2011, during the dam’s continued construction, the Kuraz Sugar Development Project (KSDP) was announced, and included a plan for sugarcane plantations spanning 245,000 ha and supported by five factories. The military-run Metals and Engineering Corporation (MetEC) was contracted to build the first sugar factory, Omo Kuraz I, while military forces also participated in the establishment of plantations. Over the past year, several MetEC officials, including the former Director General, were arrested on corruption charges and MetEC was removed from several projects. Over the past year, the government has announced plans to privatize different sectors of the economy, including sugar factories, and the future role of MetEC in such projects remains unclear.

These projects, as reported by the Oakland Institute, have had a devastating impact on local communities by interrupting centuries-old agricultural and pastoral traditions reliant on seasonal flooding. Eight Indigenous groups rely heavily on the movement of the river, practicing flood-retreat cultivation on the rich lands left behind after the floods. The loss of essential farmland and grazing land and the loss of water from the Omo river, now blocked by the dam, have severely undermined the livelihoods of the local population, affecting key agricultural practices and sources of food for the locals.

In the Lower Omo, most of the promises made to the locals in terms of provision of basic services, use of irrigation infrastructures, and improvement of living conditions have never materialized. The promise of a controlled artificial flood of the Omo river as a mitigation measure to compensate for the loss of the natural flood (the basis of the traditional retreat agriculture) was similarly never implemented. As a result, many communities today live with loss of autonomy and livelihoods and increased rates of hunger and disease.

Beyond the direct effects on livelihoods, the project also resulted in a large influx of migrant workers from other parts of the country, with associated rise in conflicts, communicable diseases, and alcohol use. Another consequence has been the high number of local people hit and killed by the plantation vehicles in recent years, for which no action seems to have ever been taken by the authorities. Shootings by local tribesmen have been reported in retaliation for such incidents, with fatalities among factory and plantation workers.

Our June 2019 report expressed the hope that “change might now be possible” with a new Prime Minister committed to peace and respect for human rights. However, the repression and extreme violence showed by the Ethioptean military indicate a choice to silence and weaken the local tribes rather than to fulfill the broken promises of the previous administration.

Information released on October 25 by a group of international and Ethiopian scholars and researchers on Ethiopia confirms the seriousness of the situation, the high number of casualties, and the severity of the atrocities perpetrated against the local communities.

Below we provide testimonies from the impacted communities, received on October 21-22, 2019.

“The komorena [spiritual leaders] were taken by the police, Biotangia, Turko, Duli many of them, 15, they were hidden from us and taken at night. Whether they went to Jinka or to Hana, we don’t know. Now, people from all the provinces, both men and women, have been taken by force and put in the prison.”

“There are a lot of people imprisoned. You can’t count them all. They got so many people. The police told the Mursi to come so the Mursi did and then the police took all those Mursi away.”

“Women and children who were going to the doctor were captured, as well as anyone visiting the town around the factory. The security forces laid out thick black plastic tarps in the burning sun, then they made the Mursi sit on them, naked, while they beat them.”

“In Chirim [a division of the Bodi], the crocodiles are still eating corpses, because the security forces chased the Chirim into the rivers. The security forces have threatened that if the Mursi didn’t come into the camp to be imprisoned then forces would go to the villages and start shooting or beating people.”

“Many more security forces came today, some have guns mounted on the back of their trucks. They have given the Mursi two days to deliver their guns and people charged with crimes before they start opening fire on villages.”

“We are imprisoned in a building and we have to go to the bathroom on the floor. They don’t give us food and make us drink urine like its water. The security forces are beating people so badly. They spear people with the bayonet of the gun and they beat them with the gun butt. There are many people that are severely hurt. Our spiritual leaders have been severely beaten and speared with bayonets. They cannot even walk. They have to crawl. There are a lot of people imprisoned.”

Rather than own up to the previous government’s gross unfulfilled promises to, and mistreatment of, the Indigenous tribes via the dam and sugarcane plantations, the operation led by the Ethiopian military not only covers up the past but does so with intimidation and extreme violence.

Given the dire situation on the ground, it is essential that Ethiopians and the international community who mobilized to end repression in Ethiopia urge the Peace Nobel Prize Laureate, PM Abiy Ahmed, to take urgent action to remove military personnel from the Lower Omo area and ensure immediate measures to protect and provide assistance and redress to the local population.