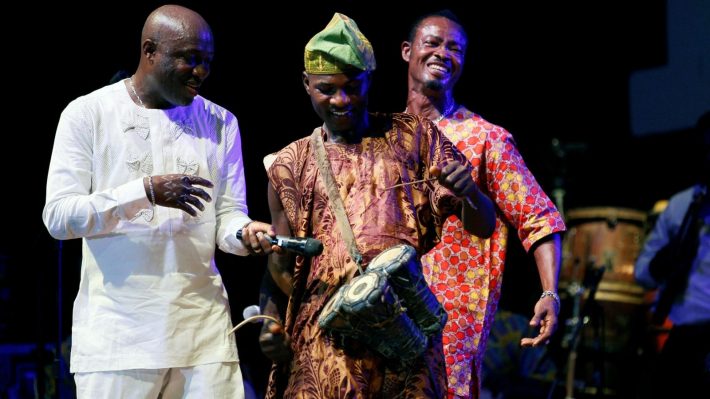 Music streaming services have generated years of consistent revenue growth for rights holders in developed countries, making them the dominant source of revenue for recordings worldwide.

Global music companies and digital services are expanding. Music streaming firms such as Spotify and Apple Music are increasingly global in nature. On top of this, major record labels and publishers are investing more resources in the African market.

While critical debates continue around fairness and who will reap the benefits, investors are eager for more growth.

It’s therefore no surprise that digital music in African countries has been a topic at global music industries conferences. Take the MIDEM African Forum which aims to “assist with the development and internationalization of the African music markets” through collaboration with foreign experts.

Meanwhile, the development perspective of the United Nations reflects a creative economy policy approach that acknowledges that the “least-developed countries” are inadequately prepared to reap the benefits of digitalization.

It’s indeed a laudable aim to assist less developed countries to modernize their music industries. But, as I outline in a book chapter, a comparative approach is well-intentioned, but naive. That’s because the assumption that foreign business models will apply to cultural industries in the Global South is simply wrong.

The notion that production, distribution, and consumption of music ought to be the same in Monrovia as in Milwaukee or Milan ignores a very beautiful thing about popular music: it is heterogeneous.

Lessons in what’s possible
I spent 2010-2013 living in Monrovia, Liberia, trying to build local capacity in the music industry as an expatriate worker. In 2014, I was hired by the World Bank to draft recommendations on the Liberian music industries for possible inclusion in the country’s private sector development strategy. The approach I took was to conduct a gap analysis.

I compared the value chain of the US music market with Liberia’s. The recommendations I came up with centered around educating musicians on copyright, and improving infrastructure and standards through training and investment from abroad. Similar interventions have been recommended more recently by MIDEM.

But in my rush to impose definitions of what Liberia’s music industries should be, I neglected to acknowledge what was already working.

People make, distribute, and consume music differently in Liberia. While living in the country from 2010 to 2013 I would hear songs by local musicians like Nasseman, Sweetz, Takun J, David Mell and Lady Skeet in dance clubs and taxis. And I would see their videos on screens in restaurants and bars.

But I wouldn’t find their music for sale alongside foreign albums and DVDs in the wheelbarrows and displays of Liberian street vendors. Nevertheless, if I asked people to play me their favorite Liberian song, they’d do so immediately – on their cell phone.

The average Liberian was buying music from telechargeurs. These are street vendors who offer to transfer unlicensed files of song recordings onto cell phones. The consumer pays for the song in this informal scenario, but the composer and performers are not compensated.

This method of consuming music was normalized and not widely understood as infringement. Liberia’s first copyright law was only passed in 1996, and until a recent update in 2016 digital copyright was not even covered.

Like many countries in the Global South, Liberia had only one market for recorded media including music: the informal one. Informal vendors were completely ignored in my research and report, as I failed to appreciate them for what they were: Liberia’s retailers and music curators.

Like many other outsiders, I saw informal vendors as an obstacle to creating legitimate infrastructure. I often would buy unlicensed DVDs myself from vendors and knew they were the only way to access content. But I failed to envision a possible future where these entrepreneurs were part of the path towards formal markets.

Embracing the informal
It is my hope that future attempts to create formal media markets in the Global South will not make the same mistake that I did.

Sadly, it seems that rather than looking towards ways to formalize existing markets, Liberia is choosing the path of demonizing media entrepreneurs as pirates. This could soon resemble the approach of Ghana, which has recently deployed crackdown efforts against street vendors again.

This adversarial perspective is unnecessary and detrimental.

In Liberia, informal vendors could be legitimized and licensed in the interim while it develops formal systems. These informal vendors are the best candidates to become the formal workforce. As Nollywood’s global distribution has shown, informal markets can create efficient and economically sustainable media industries.

The criminalizing of informal vendors is just one example of how a cultural economy in a country like Liberia might suffer from paying more attention to replicating what other countries have, rather than building on what is working well at home. Journalist Cherie Hu has noted that “trying to copy-and-paste old business models that worked in incumbent markets into newer ones simply won’t work”.

But this perspective is usually not seen outside of academic research.

It is my hope that others can learn from my regrets about the approach I took in 2014. Well-intentioned calls for a global music development framework could consider the informal markets as guides, not obstacles. Creative production and distribution need to be researched while taking into account that informal markets are often the only media market in least-developed countries.