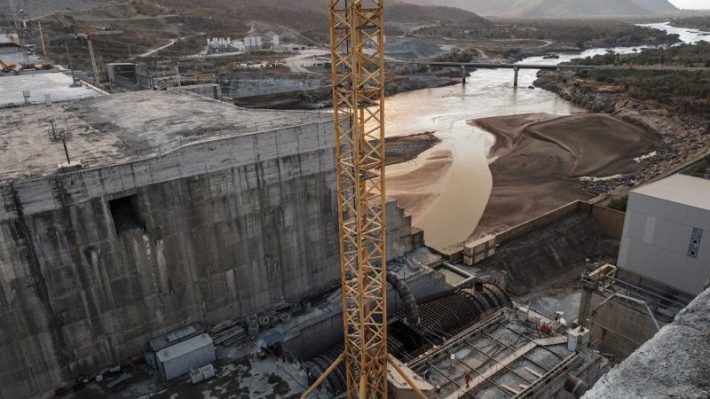 Egypt, Ethiopia and Sudan will agree a deal to fill the giant Blue Nile dam in two to three weeks, following mediation by the African Union to broker a deal to end a decade-long dispute over water supplies.

Tortuous negotiations over the years have left the two nations and their neighbour Sudan short of an agreement to regulate how Ethiopia will operate the dam and fill its reservoir, while protecting Egypt’s scarce water supplies from the Nile river.

Ethiopia’s water minister, Seleshi Bekele, said that consensus had been reached to finalise a deal within two to three weeks, a day after leaders from the three countries and South African President Cyril Ramaphosa, who chairs the African Union (AU), held an online summit.

The announcement late on Friday was a modest reprieve from weeks of bellicose rhetoric and escalating tensions over the $4.6bn Grand Ethiopian Renaissance Dam, which Ethiopia had vowed to start filling at the start of the rainy season in July.

Ethiopia has hinged its development ambitions on the mega-project, describing the dam as a crucial lifeline to bring millions out of poverty. Egypt, which relies on the Nile for more than 90 percent of its water supplies and already faces high water stress, fears a devastating impact on its booming population of 100 million.