The topic of African migrations is currently triggering emotional and political reactions, especially outside the African continent, that often are fragmented or overlook the real dynamics.

Next week, the Foundation will be hosting a workshop titled African Migrations: Changing the narrative at the European Development Days (EDD) in Brussels from 18-19 June. This event and our ongoing blog series are an opportunity to reposition the debate on African migrations.

Findings from the 2019 Ibrahim Forum Report show that the number of migrants is often overestimated by three to four times, and that the perceived recent hike in migration numbers is contradicted by the data.

In 2017, 36.3 million migrants left African countries, representing only 0.5% of the world’s population and contributing to 14.1% of the world’s total migrant population, much less than Asia’s and Europe’s shares (41% and 23.7%, respectively). Linked to the continent’s demographic growth rate, the total number of migrants from Africa has increased by almost 80% since 1990, more than the global migrant population. However, at the same time, the proportion of migrants compared to the continent’s total population has decreased from 3.2% in 1990 to only 2.9% in 2017. 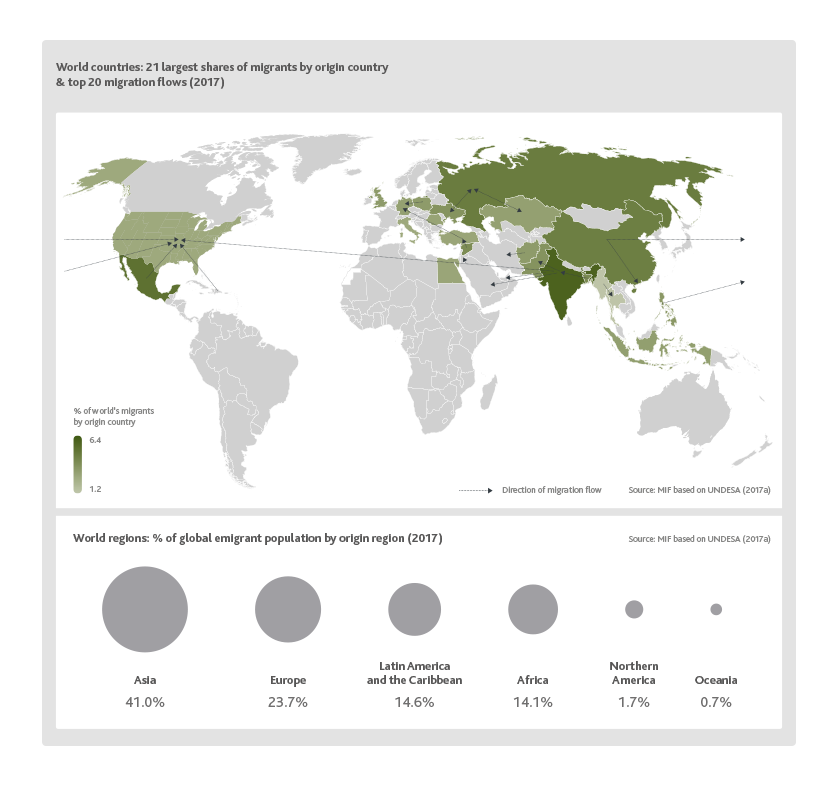 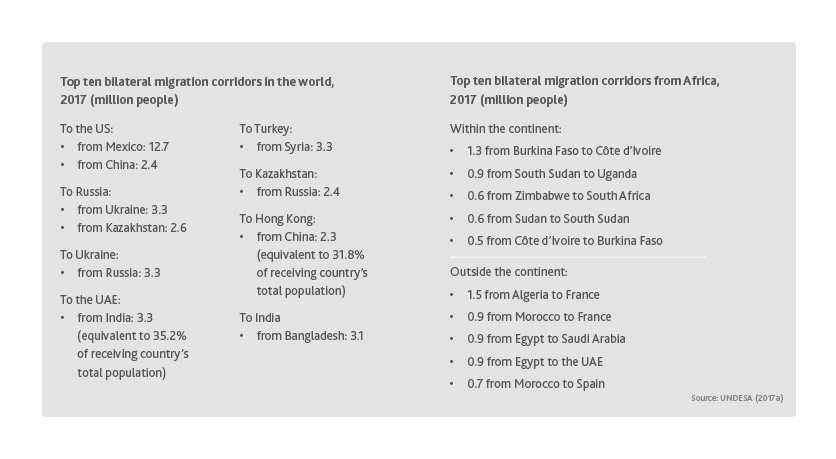 Moreover, migrations have occurred throughout the course of history, with earlier waves of migrations being larger than current ones.

Throughout the past 200,000 years, humans have migrated seeking natural resources, better social, cultural and economic conditions, or escaping wars, persecution or ethnic tensions. Migrations have influenced human history and the shape and wealth of many nations. Migration began in the Rift Valley in Africa, from where Homo sapiens spread initially within Africa about 100,000 years ago and then into Eurasia and other regions about 70,000 years ago, likely due to a depletion of resources. Most people in Eurasia and the Americas today descend from these early migrants.

Since then, there have been several waves of migration: