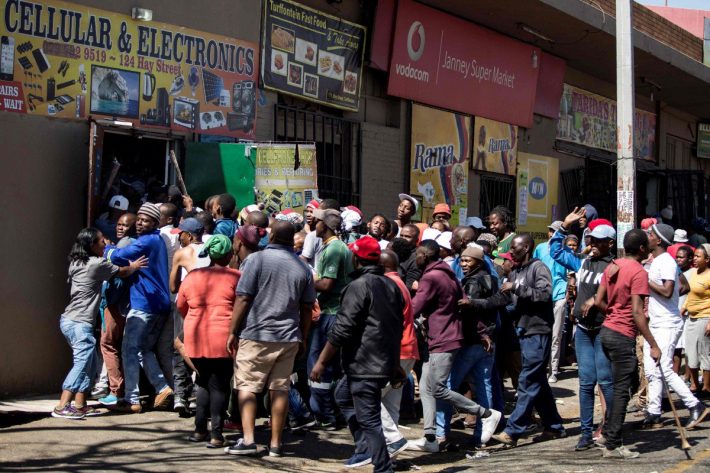 Kingsley Chinda, a member of the House of Representatives from Rivers State, has called on the speaker of the house, Femi Gbajabiamila, to cut short the ongoing recess and attend to the killings of Nigerians in South Africa

Mr Chinda stated this on Tuesday in a statement sent to PREMIUM TIMES.

South Africans on Sunday began fresh attacks, looting and burning of properties belonging to foreigners in Johannesburg. At least three people were killed in the renewed attacks, while an injured person is still receiving treatment for smoke inhalation, the President of the Nigeria Union South Africa (NUSA), Adetola Olubajo, said on Monday. Mr Olubajo said the attacks began on Sunday morning in Jeppestown area of Johannesburg when a building was set ablaze by an angry mob.

Reacting to the incident, Mr. Chinda called for the reconvening of the house to resolve on the best way to protect Nigerians.”There is no better reason to reconvene the House than to save the lives of Nigerians and protect our integrity as a nation,” he said. “Let the NASS reconvene now for one or two days to discuss and resolve on the best way to protect our people, who are even denied access to our country ( The Nigerian Embassy in SA).

“I call on the leadership of NASS to reconvene the Assembly immediately. Our citizens are killed and our nationhood threatened by South Africa.” He said the house must take a clear position and urged the relevant agency of government to act.

“It is snarls of responsiveness and irresponsibility on the part of the government to stay one hour and do nothing while defenseless Nigerians are gruesomely killed in a foreign land without cause.

“We both as a nation and as Nigerians made a sacrifice for the independence of SA from minority white rule,” he said.”Nigeria spent her money, boycotted international events, carried the crusade to all parts of the world.” “There is no justification for SA to show such unconscionable attitude and devilish ingratitude to Nigeria.”

He said as parliamentarians, they will be failing in their duty if the parliament does not act promptly.”We must call off the recess now in the overriding public interest. It’s a matter of extreme urgent public importance that we reconvene.”Not less than 100 Nigerians had so far lost their lives in different xenophobic attacks over the years. The National Assembly had embarked on a seven weeks recess that commenced in July. The lawmakers are expected to resume fully on September 24.