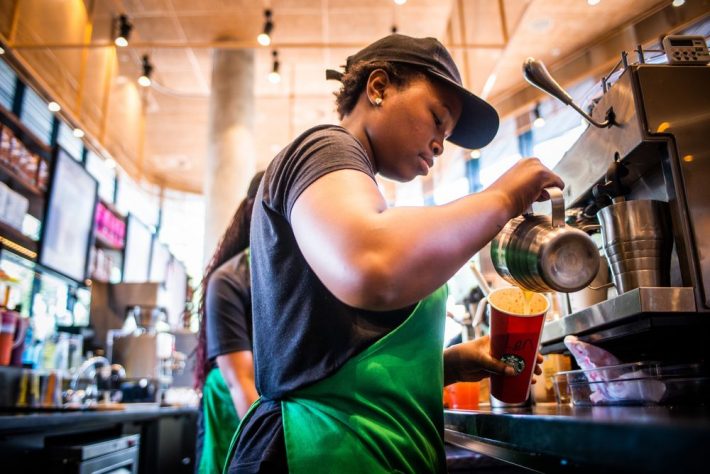 The 2019 Ibrahim Forum Report highlighted the links between demography, economic prospects and mobility. In a context of a booming youth population and a decade of sustained economic growth, what are the current challenges faced by Africa’s job market?

Despite strong macroeconomic growth during the period 2008-2017, the 2018 Ibrahim Index of African Governance (IIAG) report shows that this did not translate into progress in Sustainable Economic Opportunity on the African continent. During the same period, the public’s satisfaction with how their governments handled job creation also decreased.

Even though patterns of growth and job creation on the continent are complex and vary between regions, according to the Africa’s Development Dynamics 2018 report by the African Union (AU) and the Organisation for Economic Co-operation and Development (OECD), “the continental trend is one of resilient but jobless growth”.

Africa’s economic growth runs behind the continent’s  growing population. Between 2000 and 2014, employment expanded by less than 1.8% a year, far below the nearly 3% annual growth of the labour force. By 2030, it is expected that 30 million youth will be entering the African labour market each year. In sub-Saharan Africa alone, while 18 million jobs need to be created annually to absorb new entries in the labour market, only 3 million formal jobs are currently being created. It is estimated however that only 4% of new entrants between 2010 and 2020 have been able to find waged work in industry, and 21% in services.

Growth in Gross Domestic Product (GDP) over the last decade has been mainly commodity-led. African countries have failed to take advantage of the boom in raw commodity prices to diversify their economies. IIAG’s Diversification of Exports indicator deteriorated by -4.0 points between 2008 and 2017 and is, on average, the lowest scoring of all 102 IIAG indicators in 2017. 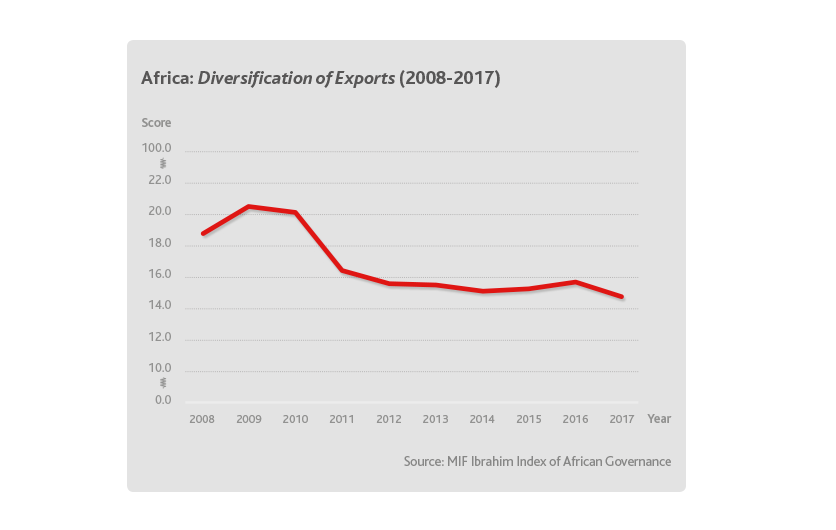 In fact, there are signs that Africa is already experiencing a premature deindustrialisation. According to the 2019 African Economic Outlook (AEO), the reallocation of labour has mainly tilted towards services. Industry’s shares of employment and value added to GDP have grown very slowly. Since the mid-1980s, growth in the value added to GDP of industry has stalled at around 20%. For 25 countries, accounting for 41.6% of Africa’s GDP and 33% of its population, the GDP share of the manufacturing sector even decreased between 2008 and 2017. In 2017, according to the World Bank, the average value added to GDP of the manufacturing sector in sub-Saharan Africa was the lowest at global level. 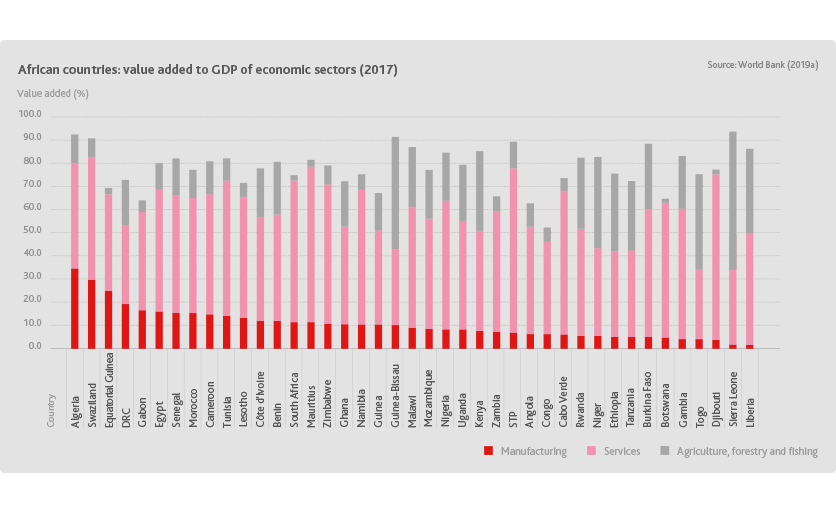 Even though the growth of employment in emerging economies has been supported by decreasing costs of transportation and connectivity, robust global connections need to be established quickly in African countries for them to enter global value chains. Otherwise, industrialisation may no longer manifest in Africa nor be the pathway to create jobs.

In this sense, Africa’s window for a labour-intensive industrialisation is closing much faster than previously expected. On the one hand, the number of people employed per unit of manufacturing output is declining due to the fast spread of technology. On the other hand, Asian and other exporters have penetrated domestic markets in sub-Saharan African countries, making it hard for them to build productive manufacturing sectors. In Africa, as elsewhere, the future of work will depend on the battle between automation and innovation. While automation leads to a decline in employment in old sectors, innovation makes new sectors or tasks possible.