Skip to content
Latest news
Sixty Years since Patrice Lumumba’s historical Speech at Ceremony of the Proclamation of the Congo’s Independence
The knee on George Floyd’s neck is the same knee that justified colonialism in Africa
Musicians lose up to Sh500,000 as pandemic mutes industry, study shows
Africa’s looted artifacts are being put up for sale during the global economic crisis
COVID-19 in Africa: Youth Perspectives – Aya Chebbi
Art & CultureCulture & LifeEditors ChoicePolitical and Social Commentary 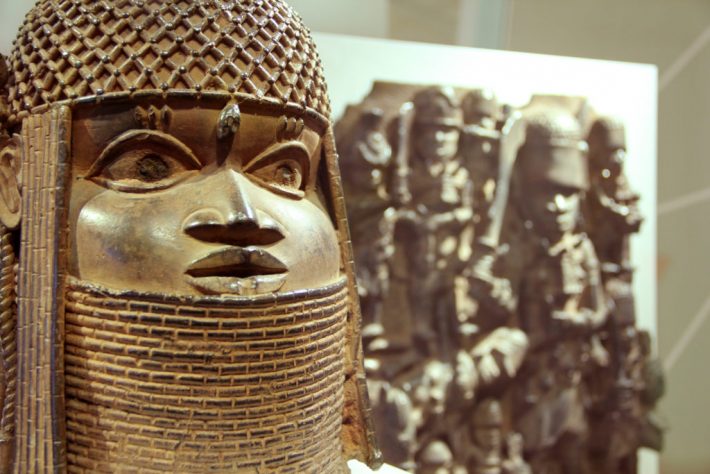 Thousands of artifacts looted from African towns over a century ago line European and British Museums and institutions. After decades of campaigns for the return of African pieces, such as the Benin bronzes, the homecoming of looted artworks finally began looking like a real possibility.

But in the middle of the global economic crisis sparked by the spread of the novel coronavirus, which has devastated economies, a new market for African artifacts and art has emerged.

Christie’s, the British auction house, announced a curated “Arts of Africa, Oceania and North America” sale in Paris which includes African art such as the newly discovered Akan terracotta head (Ghana), Benin Bronze, and an Urhobo figure (Nigeria). The artifacts from all around Africa including Nigeria, Ghana, Gabon, and the Democratic Republic of Congo are valued from €30,000 to €900,000.

The Christie’s auction is embroiled in controversy. Christie’s can only guarantee the origin of the Bronze head as far back as 1890-1949 as a part of the Frederick Wolff-Knize collection that was shown in Vienna and New York.