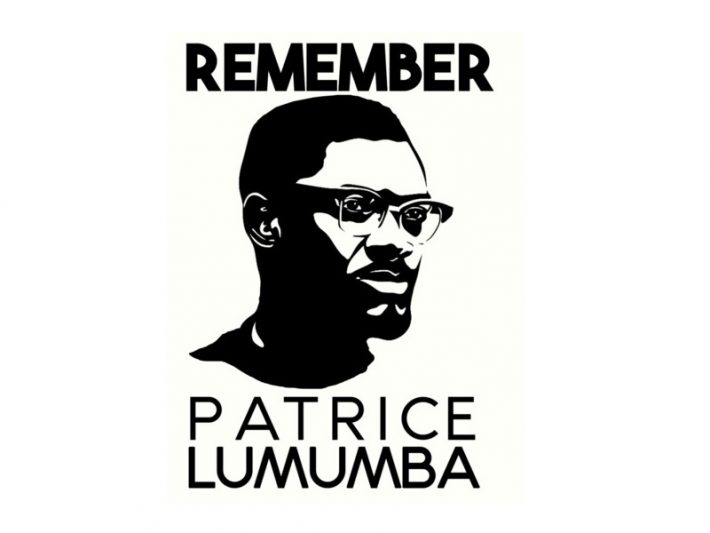 Men and women of the Congo,

I salute you in the name of the Congolese Government.

I ask all of you, my friends, who tirelessly fought in our ranks, to mark this June 30, 1960, as an illustrious date that will be ever engraved in your hearts, a date whose meaning you will proudly explain to your children, so that they in turn might relate to their grandchildren and great-grandchildren the glorious history of our struggle for freedom.

Although this independence of the Congo is being proclaimed today by agreement with Belgium, an amicable country, with which we are on equal terms, no Congolese will ever forget that independence was won in struggle, a persevering and inspired struggle carried on from day to day, a struggle, in which we were undaunted by privation or suffering and stinted neither strength nor blood.

It was filled with tears, fire and blood. We are deeply proud of our struggle, because it was just and noble and indispensable in putting an end to the humiliating bondage forced upon us.

That was our lot for the eighty years of colonial rule and our wounds are too fresh and much too painful to be forgotten.

We have experienced forced labour in exchange for pay that did not allow us to satisfy our hunger, to clothe ourselves, to have decent lodgings or to bring up our children as dearly loved ones

Morning, noon and night we were subjected to jeers, insults and blows because we were “Negroes”. Who will ever forget that the black was addressed as “tu”, not because he was a friend, but because the polite “vous” was reserved for the white man? We have seen our lands seized in the name of ostensibly just laws, which gave recognition only to the right of might.

We have not forgotten that the law was never the same for the white and the black, that it was lenient to the ones, and cruel and inhuman to the others.

We hav experienced the atrocious sufferings, being persecuted for political convictions and religious beliefs, and exiled from our native land: our lot was worse than death itself.

We have not forgotten that in the cities the mansions were for the whites and the tumbledown huts for the blacks; that a black was not admitted to the cinemas, restaurants and shops set aside for “Europeans” that a black travelled in the holds, under the feet of the whites in their luxury cabins.

Who will ever forget the shootings which killed so many of our brothers, or the cells into which were mercilessly thrown those who no longer wished to submit to the regime of injustice, oppression and exploitation used by the colonialists as a tool of their domination?

All that, my brothers, brought us untold suffering.

But we, who were elected by the votes of your representatives, representatives of the people, to guide our native land, we, who have suffered in body and soul from the colonial oppression, we tell you that henceforth all that is finished with.

The Republic of the Congo has been proclaimed and our beloved country’s future is now in the hands of its own people.

Brothers, let us commence together a new struggle, a sublime struggle that will lead our country to peace, prosperity and greatness.

Together we shall establish social justice and ensure for every man a fair remuneration for his labour.

We shall show the world what the black man can do when working in liberty, and we shall make the Congo the pride of Africa.

We shall see to it that the lands of our native country truly benefit its children.

We shall revise all the old laws and make them into new ones that will be just and noble.

We shall stop the persecution of free thought. We shall see to it that all citizens enjoy to the fullest extent the basic freedoms provided for by the Declaration of Human Rights.

We shall eradicate all discrimination, whatever its origin, and we shall ensure for everyone a station in life befitting his human dignity and worthy of his labour and his loyalty to the country.

We shall institute in the country a peace resting not on guns and bayonets but on concord and goodwill.

And in all this, my dear compatriots, we can rely not only on our own enormous forces and immense wealth, but also on the assistance of the numerous foreign states, whose co-operation we shall accept when it is not aimed at imposing upon us an alien policy, but is given in a spirit of friendship.

Even Belgium, which has finally learned the lesson of history and need no longer try to oppose our independence, is prepared to give us its aid and friendship; for that end an agreement has just been signed between our two equal and independent countries. I am sure that this co-operation will benefit both countries. For our part, we shall, while remaining vigilant, try to observe the engagements we have freely made.

Thus, both in the internal and the external spheres, the new Congo being created by my government will be rich, free and prosperous. But to attain our goal without delay, I ask all of you, legislators and citizens of the Congo, to give us all the help you can.

I ask you all to sink your tribal quarrels: they weaken us and may cause us to be despised abroad.

I ask you all not to shrink from any sacrifice for the sake of ensuring the success of our grand undertaking.

Finally, I ask you unconditionally to respect the life and property of fellow-citizens and foreigners who have settled in our country; if the conduct of these foreigners leaves much to be desired, our Justice will promptly expel them from the territory of the republic; if, on the contrary, their conduct is good, they must be left in peace, for they, too, are working for our country’s prosperity.

The Congo’s independence is a decisive step towards the liberation of the whole African continent.

Our government, a government of national and popular unity, will serve its country.

I call on all Congolese citizens, men, women and children, to set themselves resolutely to the task of creating a national economy and ensuring our economic independence.

Eternal glory to the fighters for national liberation!