Skip to content
Latest news
The dangers of NGO-isation of women’s rights in Africa
Greenlight Planet & Rural Ethiopia’s Energy Sector Transformation
Nigeria Is Not Rice Self-Sufficient Yet, Says Africa Rice Centre
Displacement and Dispossession in Tanzania: How “Conservation” is Destroying the Maasai
Access to and quality of education: How is Africa progressing?
Culture & LifeEditors ChoiceUncategorized 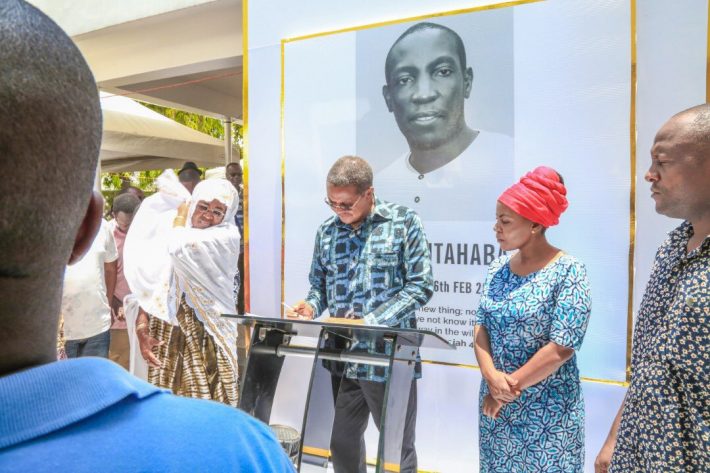 Atlanta — Ruge! Ruge has touched millions of Tanzanians. He was a pioneer in the entertainment industry.

Ruge is many things to different people. For those of us who grew up at the University of Dar es Salaam (UDSM), Ruge was a football wiz, a great DJ, a schoolmate, a neighbor, a friend.

The UDSM was a fantastic place for those of us who grew up there in the 1980s.

Majority of us attended Mlimani primary school. There were the many football matches, a few picnics in Silver Sands, the many legendary parties, these events created memories that will last a lifetime for those of us who were there. Ruge was at the center of many of them.

Ruge, together with Mkopi, were the DJs for many of our house parties at Chuo.

There was that party at Jengo’s house where the legendary break dancing competition took place; this was sometime in the mid-1980s.

There was the Chacha that some of us had to learn the hard way.

One of the dancers at the party was the late Marlon. We had several parties at Mwabuki’s house. Ruge and other DJs played some of our favorites tunes at the time: Michael Jackson’s Liberian Girl, Madonna’s La Isla Bonita and other songs.

We would dance the night away. I was a young boy back then. It was at these parties that most of us did our first slow dance with a girl. It was a big thing back then. I remember clearly how we would all run to the dance floor when some of those songs were played.

Later, they organized bottle parties. Truth be told, I was too young to take part in organizing those parties. I remember begging my parents to allow me to attend the parties. The venue for most of those parties in the second half of the 1980s was at the late Biye Muganda’s place.

Ruge fell in love with music during that era, the 80s. I am convinced that it was at the UDSM that he first became hooked to the entertainment business; it is there that a seed was planted.

Ruge was an excellent football player. He was perhaps one of the best, if not the best player at the UDSM. I was never good at football, but I remember everyone wanted to be on his team. We found much joy in the many football games and matches we played against neighboring teams. I was always a spectator on the side at those games.

There was the small field next to Professor Msambichaka’s place; there were the many games at kidongo chekundu. There was the legendary games played between University students and Makongo. Fights often broke out during those games, Ruge was not a fighter, but he sure did show his brilliance on the field.

I moved to the US in the early 1990s to go to school. Ruge was one of the few Tanzanians I knew in the US at the time. In the early 1990s, we used to correspond by letters (no email or cellphone back then for us). We spoke every once in a while on the phone (land line!). Ruge was going to school in California at the time and I was in Michigan. He was still into music.

Ruge recorded a few mixed tapes and sent them to me. He was serious about the music industry.

There is little doubt that a seed was planted in the 1980s in Chuo.

It has been many years since I last spoke to him. But I have seen his work; there is no denying that it is the work of a genius.