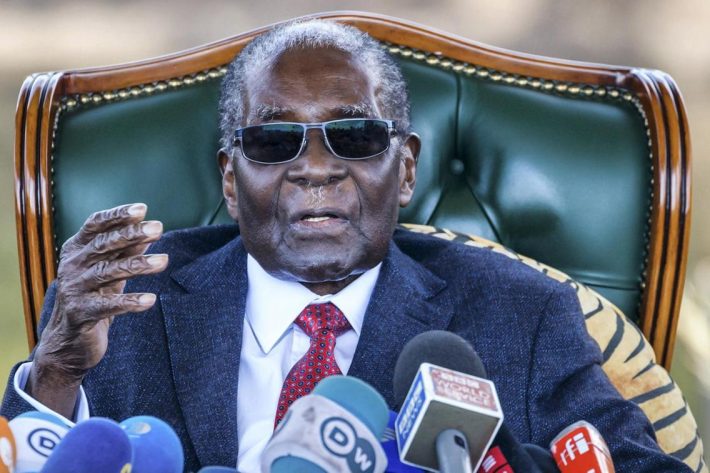 Robert Mugabe has died. May he rest in peace.

He was one of the engineers who built the foundations of modern-day Zimbabwe.

If you ever get the chance, please visit Zimbabwe. It is home to music and fields of maize for as far as the eye can see. There are parks in the middle of the capital. The women and men are lovely underneath that veneer of British manners that they have been cursed with. They are stern, yet kind. If you love contradictions, you have to go there. And if you want to know what patience looks like, well, you have to go there. It doesn’t matter, you just have to go there. Pretend to be a researcher into the post-colonial experience of racial politics or whatever excuse you need to justify your pilgrimage. Just go.

You may awake in the morning to people singing outside your hotel room, singing hymns to the Lord at the very break of dawn as they tend to the land, open up the office, give praise for another day. As beautiful as an adhan to my coastal ear. It is ridiculously bucolic up in there, everywhere nature is pushing up an offering. Would you like some greens? A homegrown tomato, perhaps? We all garden out of necessity in our African cities, but still, these people have some skills. Few sights in the world are as gorgeous as a fine full-fatted and long-horned Ankole…yet some of the cattle I saw in Zimbabwe made me glance at them. Just a bit, I didn’t stare too hard, that would have been disrespectful.

This is the country that Mugabe helped build. This is the country Mugabe helped destroy. If you try to talk to Zimbabweans, they will not tell you anything of import until you are ready to really listen. There is a shield of politeness, a grim determination that is necessary to the everyday work of being dependable and productive and willing to survive. It is necessary to keep the pain of unfairness from crushing one’s soul. Stoicism, God, hard work, few words, and political correctness. Maybe even in that order. Do you want to know about Zimbabwe? Let me tell you a story: The guy who drove me from the hotel to the airport in Johannesburg said he was completely floored by Zimbabweans’ work ethic. That’s why they help him run his establishment. This was in South Africa. South Africa could learn so much from Zimbabwe. We all could.

What my gracious South African host (and no, he wasn’t “white” so don’t even try trolling) doesn’t know is that I managed to charm his breakfast cook into talking to me a bit before he came along. She has kids. She is grateful for the work. She covers her mouth when she laughs. Her family is back home and they need the remittances. She kept me company of a cold morning and would have sat down to a cup of tea if she wasn’t being so…professional.

I asked a friend to help me figure this article out. I said: “Friend, what can a person of my generation actually say about Robert Mugabe?”

And my friend said: “Robert Mugabe built a foundation for a country. Meditate on that.”

I cannot join the throngs who fear to speak ill of the dead. I cannot immortalise him with scant regard for the villainy that he brought into this world. No. I will respect his legacy by talking about him as though he was a man, a neighbour, and someone who never did quite understand what to do with all that success. Let us honour him for having been thoroughly, demonstrably human. Nobody knows what to do with that much success. Therein lies our lesson. We all want our heroes to be flawless, and our villains to lack good qualities. It makes the world so much simpler. But have you ever visited a country that has stoically refused to give in, year after year, without a functioning currency? People who must barter for milk while taking care of their grandmothers, and still manage to smile at us stupid strangers who reduce their story to a failure of economic policy and the encounter of black and white? People who are strong. Not stupid-strong like: I want to spear everything. No. Real-strong, like: We are going to survive this and do our best – whatever may come – and still have heart.

This is the country that Mugabe helped build. The same one he helped destroy.

Robert Mugabe was part of the liberation of a country that subsequently had to survive him as best it could. Yes, it is paradoxical. When he was good, he was good and when he was bad, he really messed up. But does that break the foundation that he helped to build for Zimbabwe? If you can’t be the teacher, be the lesson. This is the year of autocratic populism, so let me do my job as a griot and try to sing us all to a better place. Robert Mugabe was a complex and complicated man, for whom many of us would have wished a better end, but we saw this coming. We participated in his demise, though, didn’t we? Nobody survives that much “success”, which is why term limits were invented.

Let us learn not to break our leaders by making them kings for life. Let us appreciate what foundations they have built and, on those foundations, build better governments, more inclusive societies. Let us save our sons – and daughters, but mostly sons – from the ravages of egomania.

Let us try to forgive them their sins.

And let him rest, in peace. You did what you did, Uncle Bob. It was quite the life.