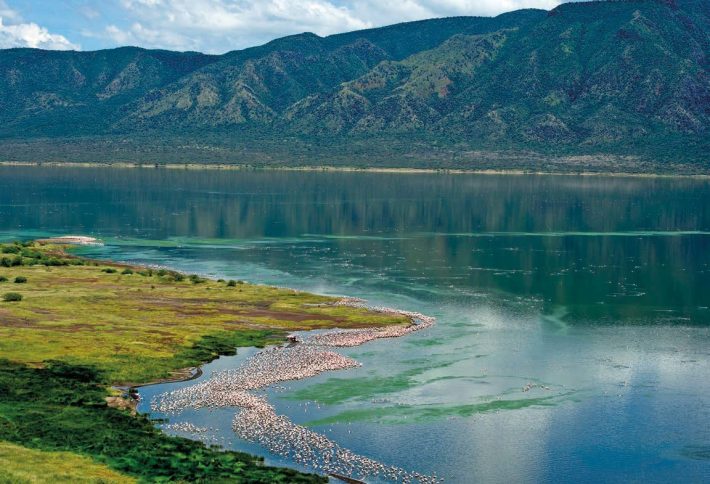 Peering into the lake, the village elder struggled to pinpoint where beneath the hyacinth and mesquite weeds lay the farm he lived in his entire life until the water rose like never before and swallowed everything. A clump of sodden straw marked the spot: the tip of his thatch hut jutting from the murky depths, all that remained of his homestead after Kenya’s Lake Baringo swelled to record highs this year, submerging villages, schools, health clinics and holiday resorts.

“In my 60 years, I have never seen or experienced anything like this,” said Richard Lichan Lekuterer, his gaze level with the tops of once-towering acacia trees poking above the water, the landscape altered beyond recognition.

Baringo and the other great lakes of Kenya’s Rift Valley have risen to levels not seen in at least half a century, some by several metres or more this year alone, following months of extreme rainfall scientists have linked to a changing climate. These tremendous bodies of water have ebbed and flowed through the ages, supporting life along the banks, but records show this latest surge is unlike any witnessed in recent memory.

“It was like the speed of the wind,” said Lekuterer, who relocated deep inland when the water shot up in March and is preparing to move again as the tide inches nearer.

The phenomenon is causing immense flooding along a chain of fresh and saltwater lakes stretching 500 kilometres (310 miles) along an ancient fault from the deserts of Turkana in Kenya’s north, to the fertile shores of Naivasha to the south.

Tens of thousands of people have been driven to higher ground and homes, grazing land and businesses abandoned as the lakes have unrelentingly pushed outward.