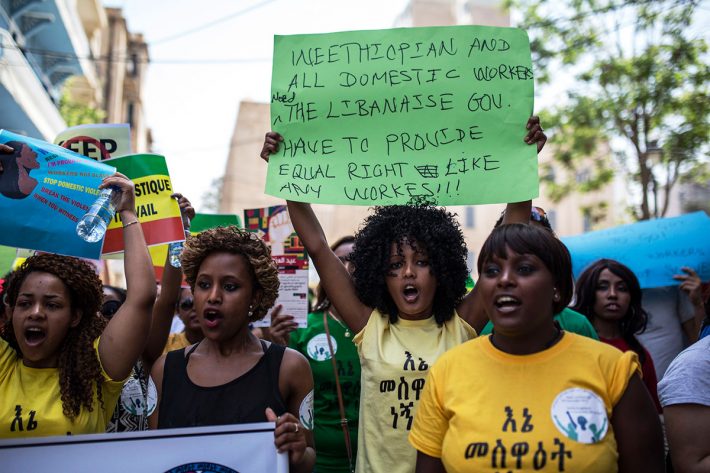 More than 100,000 Ethiopians, mostly women, are employed as domestic workers in Lebanon, but the continued economic descent and scarcity of employment exacerbated by the economic crisis and political instability there has left increasing numbers of them out of a job or trapped in cycles of enslavement and abuse.

During a three day state visit to the United Arab Emirates from 13 February 2020, Prime Minister Abiy Ahmed took time to meet with Ethiopians from across the Middle East in Dubai and pledged concrete solutions for their problems. But despite calls for the government to plan an emergency evacuation of citizens in Lebanon, any such plans don’t appear forthcoming.

Abiy’s state visit to the United Arab Emirates, a country Ethiopia enjoys warm diplomatic ties with, appeared to be closely linked to the Gulf country’s promise to assist Ethiopia with its own foreign exchange woes. The visit may have paid off since on February 24th, the UAE’s ambassador to Ethiopia penned a deal to loan $100 million in support for Ethiopian business endeavours. But for Ethiopians in the Middle East, the highly anticipated events were an address to supporters at Dubai’s Al Ahli Stadium on 13 February, and a scheduled town hall style meeting with the Prime Minister a day later in Abu Dhabi. Deemed the opportunity to finally have their voices heard at the highest levels of government, expats from Kuwait, Bahrain, Saudi Arabia and Lebanon made the trip.