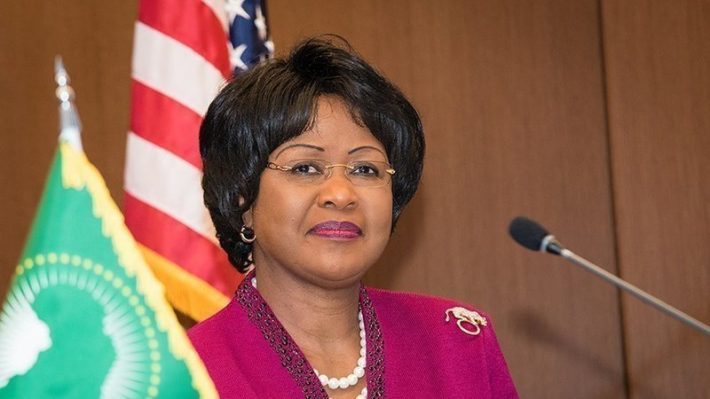 The African Union (AU) is facing a backlash after sacking Dr. Arikana Chihombori-Quao, its Ambassador to the United States of America.


A Ghanaian national, Dr. Chihombori-Quao, has served in various capacities for the African Union before her appointment. She has been the AU’s envoy to the United States since 2017.

Dr. Chihombori-Quao has often been outspoken about her disapproval of Western powers, “who she says have continued to foster their policies on African governments”, frequently drawing attention to “the colonial tax on Africa that nets France about $500 billion each year”. But it’s her recent unfiltered video speech, calling attention to “the pact for the continuation of colonization”, denouncing France’s on-going neo-colonialism in Africa that, allegedly, got her sacked from the AU without an explanation.

In a letter dated October 7, the AU Commission Chairman Moussa Faki Mahamat wrote, “I have the honor to inform you that, in line with the terms and conditions of the service governing your appointment as Permanent Representative of the African Union Mission to the United States in Washington, DC, I have decided to terminate your contract in that capacity with effect from November 1, 2109”.

Supporters of Dr Chihombori have condemned AU’s decision. In a petition explicitly denouncing “the undue influence and pressure exerted on African leaders and people by the former colonial powers of Europe”, the petitioners had questions: “Why was she dismissed, or better, who benefits from her removal? Were African heads of states and governments consulted? Who called the shot?” The African Diaspora Congress and more than 34,000 signatories, are demaindng Dr. Chimhobori-Quao’s reinstatement.

Thousands, who have joined in signing the petition as well as on social media, have been outraged and have questioned AU’s motive.

Be that as it may, the move does not seem to discourage Dr. Chihombori-Quao from speaking out. In an exclusive interview, she told NNPA Newswire, “I will continue to speak out on the issues that affect our people, and I will continue to tell the truth.”