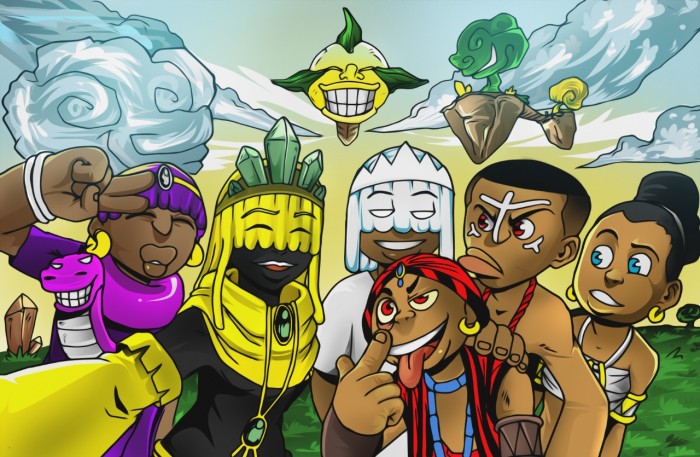 The story of Little Little Orisha follows the adventures of Sango, a wandering spirit who dreams of becoming the King of Heaven, but he needs to complete high school first.

This fantasy series takes place in Heaven, a place filled with extraordinary characters, such as butterfly elephants and caterpillar trains.

Very similar to the issues that plague us earthlings, the heavenly bodies of Little Little Orisha have problems of their own. While these supernatural beings fend off all that is evil, there exists some power struggles amongst them too.

Most of the story takes place at Orisha High School, a school for the gods, but like in most high schools there are also cliques, rivalries and some forms of bullying to be found.

Sango comes across other young gods and demi-gods who are also aiming for the top spot. We meet characters such as Amadioha, the Lightning God, Eshu, the Trickster God, Obatala, the son of the King of Heaven as well as Xolani, Miss Cowbell and Osun, Sango’s love interest.

This weird and wonderful world was created by Archange Kiyindou, a young Congolese writer, who goes by the pen name Yamakasi.

The telling and the writing of stories have always been a part of Yamakasi’s life. Growing up in the Republic of Congo, he wrote story scripts and handed them out to his friends so that they could act them out on the playground. Today he has a Bachelor’s Degree in Motion Pictures from AFDA Cape Town, and he would like to further his studies in film and television.

Bringing the story of Sango to life has been an incredible joint effort by artists, illustrators and editors from across the continent. The power of social media helped Yamakasi to gather these creative people together to create the work that is Little Little Orisha. 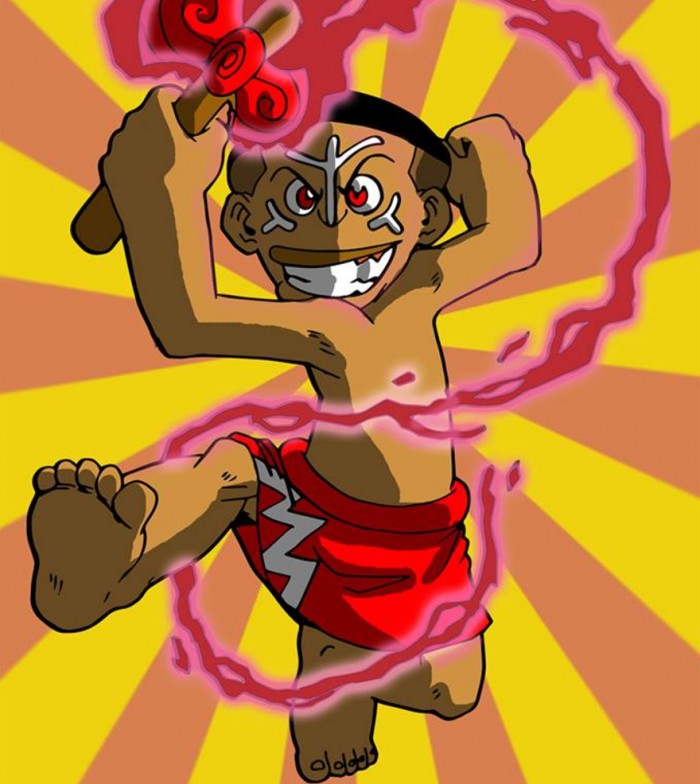