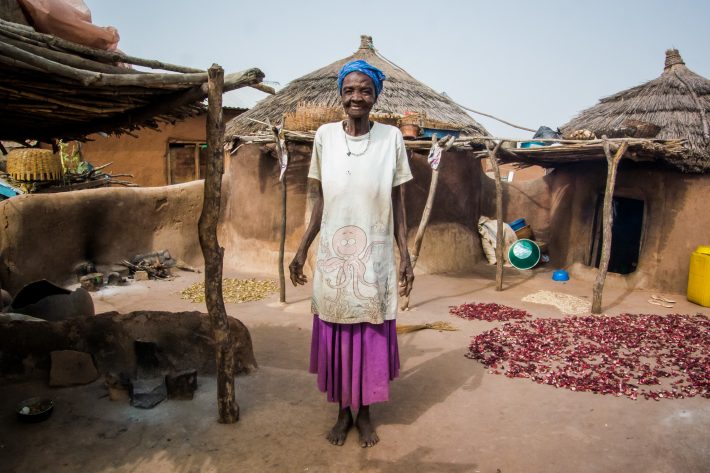 An old woman believed to be in her late 90’s has been beaten to death after a soothsayer claimed she was a witch.Details remain sketchy at this point but the gruesome lynching and murder is said to have occurred at Kafaba in the East Gonja Municipality of the Savannah region.

In a disturbing video that is fast going viral sighted by Ghanaweb.com on TV3 Ghana’s Facebook page, the old woman, who could be heard clearly refuting allegations that she is a witch, was pushed down by one of the women, and beaten mercilessly.

It is unclear what prompted the supposed soothsayer to accuse the old woman of witchcraft and her subsequent lynching but scenes in the video can only be described as barbaric. The disturbing video has younger women, slapping, whipping and hitting the old woman’s head with a heavy item, with the community members cheering them on.

The video appeared to have incensed social media users who have called on the police to fish them out and prosecute them.

Watch the video below: