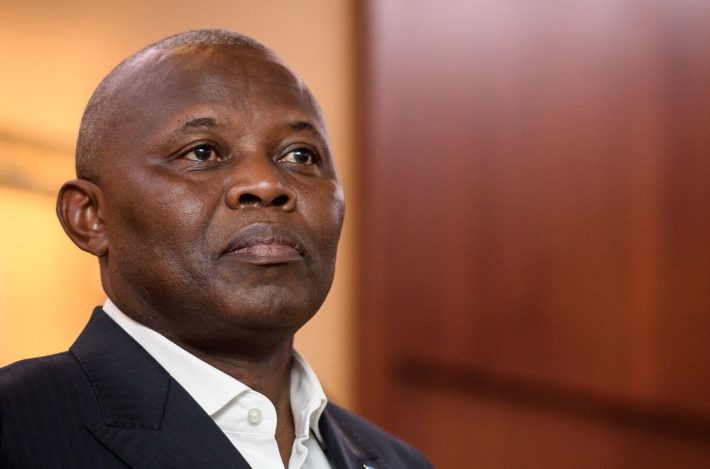 A top aide to Democratic Republic of the Congo (DRC) President Felix Tshisekedi is set to go on trial for corruption, in an important case that has rocked the country’s political establishment. Vital Kamerhe, Tshisekedi’s chief of staff, is accused of embezzling funds for a government infrastructure programme. He has been in custody since April 8 and will go on trial on Monday with two other defendants, a Lebanese businessman and another presidential official.

The 61-year-old, who made a pact to back Tshisekedi in a 2018 election on the expectation of succeeding him in 2023, denies any wrongdoing. Once a pillar of the government of former President Joseph Kabila, Kamerhe is the leader of the influential Union for the Congolese Nation. He previously served as parliamentary speaker and has been at the very heart of the DRC’s political life for some 20 years.

His supporters charge that the case is politically motivated, a possible attempt to prevent

His supporters charge that the case is politically motivated, a possible attempt to prevent him from running in the next presidential election. Kamerhe’s arrest last month was met with protests in his hometown of Bukavu in the eastern DRC, when some 300 supporters burned tyres and blocked the road outside his party headquarters.

“Never in Congo’s political history over the past two decades has such an important player on the political scene been put behind bars,” New York University’s Congo Research Group (CRG) said in an analysis.

Kamerhe, said to have been in charge of authorising public expenditure, is accused of embezzling public funds intended to finance major works under a “100-day” emergency action plan launched by Tshisekedi after he took office in January last year.

The defendants have been accused of embezzling almost $49m from funds for building 4,500 prefabricated homes for poor people and allegedly siphoned off another $2m from a programme to build housing for police and the military in the capital, Kinshasa.

Kamerhe, who has not stood down or been sacked since being charged, denies the allegations against him, saying all public sector contracts were “inherited” from previous governments. The trial was initially expected to be held in Kinshasa’s high court, but is now taking place in the Makala prison compound where Kamerhe has been held for more than a month. The proceedings will broadcast to the nation on television.

The resource-rich DRC is one of the poorest countries in Africa. At least 63 percent of the country’s more than 80 million people live on less than $2 a day, according to the United Nations.