Skip to content
Latest news
The Owner of One the World’s Most Important African Art Collections Dies
Congolese Activists, Tired of Waiting, Demand Justice for Decades-Old War Crimes
Ethiopia is about to cross the point of no return
Kwesi Atuahene: If Nkrumah knew there would be a Rawlings
Uganda: Musevenism And Aminism Are Two Sides Of Dictatorship Coin
Art & CultureCulture & LifeEditors Choice 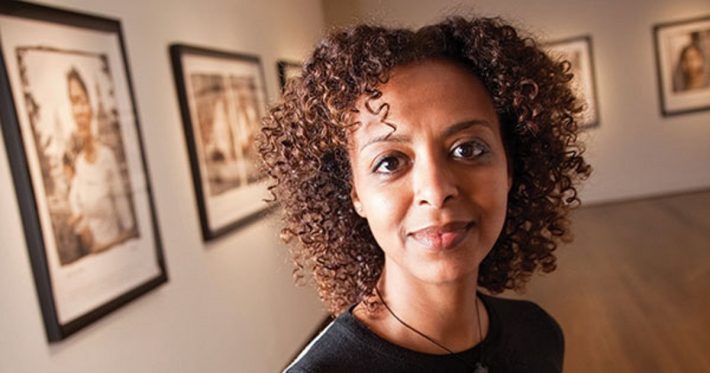 “THESE ARE NOT gentle stories,” Maaza Mengiste warns in the introduction to Addis Ababa Noir. Mengiste, whose second novel, The Shadow King, was recently shortlisted for the Booker Prize, assembled a diverse array of contributors to cast a blacklight over Ethiopia’s capital city and exhume its depths through fiction.

While most stories told about or set in Africa deny the continent and the nearly 60 countries that constitute it narrative complexity, this anthology works overtime to get specific about the people and problems that define Addis Ababa. The book is divided into four parts — “Part I: Past Hauntings”, “Part II: Translations of Grief,” “Part III: Madness Descends,” “Part IV: Police and Thieves” — and each writer was given a unique neighborhood within Addis Ababa to use as the backdrop for their noir short.

Mengiste’s selection of non-noir writers — including Solomon Hailemariam, a novelist and the president of PEN International’s Ethiopian Centre; Hannah Giorgis, a staff writer at The Atlantic; and poets Mahtem Shiferraw and Bewketu Seyoum — in a lesser-imagined locale (urban Africa) offers an opportunity to pay homage to the genre while also subverting our expectations of it.

Among those reader expectations is that the protagonists of these stories are molded after noir’s classic hero, the detective, who is either a renegade, crooked, or jaded. In Addis Ababa Noir, it quickly becomes apparent that the focus is not on those genre regulars but rather everyday folk whose professions don’t necessarily define them or their stories. There is an insomniac whose chapter is structured like a sleep log, scenes from within a minibus (the city’s most popular form of public transit), an Oromo man who talks about the criminalization of his identity in a country led by a different ethnic authority, and a tale that blends noir and magical realism to provide a mournful but elegiac meditation on what it feels like to be a shadow. This shift in perspective is perfectly timed to contend with the current political moment. In a recent article for The Atlantic, writer Stephen Kearse explains “noir is a lodestar for decentering cop stories because it embraces fallibility.” Contemporary noir allows readers to divorce the structures of crime storytelling from its traditional cop protagonists and even from crime itself, proving that it is just as compelling to read about ordinary people wrestling with their morals in the world’s gray areas. “There are fewer heroes in noir,” Kearse explains, “but far more people.”

Mengiste describes Addis Ababa as “a growing city taking shape beneath the fraught weight of history, myth, and memory.” Fittingly this collection uses the mechanics of noir to both audit and make flexible each of those things — history, myth, memory — to tell the story of a city.

I had the chance to speak to Mengiste over the phone. We talked about ghosts, the craft of storytelling, and how this anthology project is part of her ongoing mission to usher in new literary voices from Ethiopia.