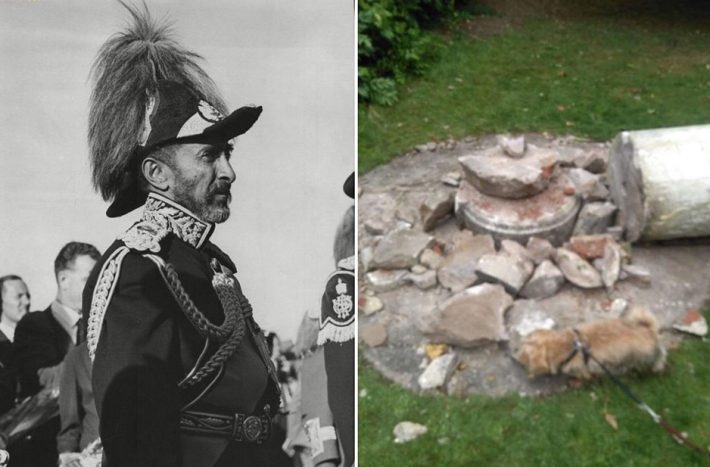 A statue of former Ethiopian leader Haile Selassie has been destroyed in a park in Wimbledon, south-west London. Police are investigating the incident, which took place in Cannizaro Park on Tuesday evening.The damage was carried out by a group of around 100 people, according to an eyewitness.

It appears to be linked to unrest in Ethiopia sparked after a popular singer, Hachalu Hundessa, was shot dead earlier this week.

Demonstrations following his death saw a statue of 19th-century leader Ras Makonnen, the father of Selassie, Ethiopia’s last emperor, torn down in the nation’s capital Addis Ababa. Hachalu’s songs focused on the rights of Ethiopia’s Oromo ethnic group and he had been a prominent voice in anti-government protests that led to a change in leadership in 2018.

Wimbledon resident Andrew Morris told the Press Association he had seen a mostly male group in the park, carrying fliers with Oromo slogans, while out walking his dog.

“I heard the statue being smashed up, but didn’t actually see it happen,” he added.

The Metropolitan Police said inquiries were ongoing and no arrests had yet been made after they were called to a report of criminal damage at 17:10 BST on Tuesday.