Skip to content
Latest news
Sixty Years since Patrice Lumumba’s historical Speech at Ceremony of the Proclamation of the Congo’s Independence
The knee on George Floyd’s neck is the same knee that justified colonialism in Africa
Musicians lose up to Sh500,000 as pandemic mutes industry, study shows
Africa’s looted artifacts are being put up for sale during the global economic crisis
COVID-19 in Africa: Youth Perspectives – Aya Chebbi
Editors ChoicePolitical and Social CommentaryUncategorized 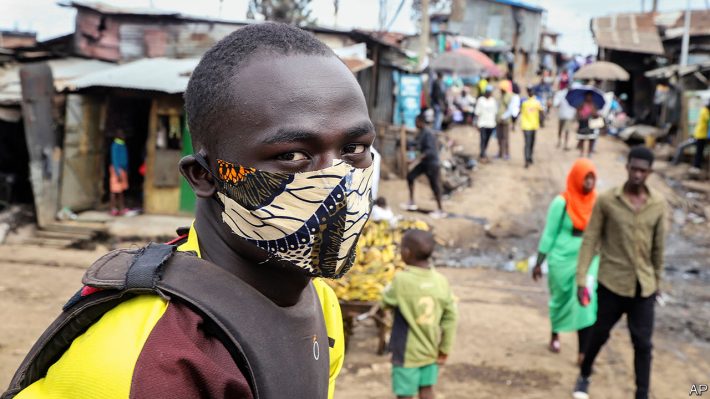 Social media has been outraged over two French doctors who discussed in a TV show the idea of a COVID-19 vaccine test in Africa. The comments made by Jean-Paul Mira and Camille Locht on the French television channel, LCI, which has since gone viral, prompted the Twitter trend #AfricansAreNotLabRats and #Africaisnotatestinglab.

Ivorian professional football player Didier Drogba was one of the first to respond on twitter:”Africa isn’t a testing lab,” he wrote. “I would like to vividly denounce those demeaning, false and most of all deeply racist words.”

CSA issued a statement saying, “No, Africans aren’t guinea pigs”, adding that comparison with AIDS and prostitutes was “problematic” and “unwelcome”.

Similarly, Olivier Faure, of France’s Socialist Party, wrote on Twitter, “It’s not provocation, it’s just racism. Africa is not the laboratory of Europe. Africans are not rats!”

Slamming the European doctors, many are asking why Europe is not proposing to test the vaccine on their own population. Currently, COVID19 case total and death rate in Europe is far higher than that of Africa.

“Italy, France and now USA and UK have more than 1k deaths per day yet they are here yapping about testing vaccines on Africans. This bunch of suckers and racists should back off Africa. we are Africans and Africa is our business,” @GH_Information wrote on Twitter, on 4 April, 2020.

And even though the DRC government says it is “prepared to take part in testing of any future vaccine against the coronavirus”, Africans, on and off Twitter, are responding with strong messages, opposing any proposal of coronavirus test vaccine in Africa. The overarching message: “Africans are not guinea pigs. Africa is not the laboratory of the West”

The whole Africa has not recorded up to 50 Deaths. Yet they are bringing Vaccine to Africa for testing. #AfricansAreNotLabRats

We reject the suggestion the Bill Gates foundation test this new Corona vaccine in Africa. Italy, US and other European counties are struggling. Let them start there. #AfricansAreNotGuineaPigs

Bill Gates please test your vaccine in your country and most affected European countries in Europe i.e Italy, France etc. The world has 1.1 million cases & Africa has less than 8 thousand. If our leaders want it tested in Africa, test it on them

It’s funny how racism still exists after how many centuries🤷‍♀️ #AfricansAreNotLabRats we are not lab rats in Africa🤦‍♀️ smh.

It is high time Africans decide what will and won’t be tolerated here. But Bill Gates is a businessman and Trevor Noah is an entertainer. They were not elected to serve our interests.

If vaccines are tested in Africa, it’s because our leaders allowed it.