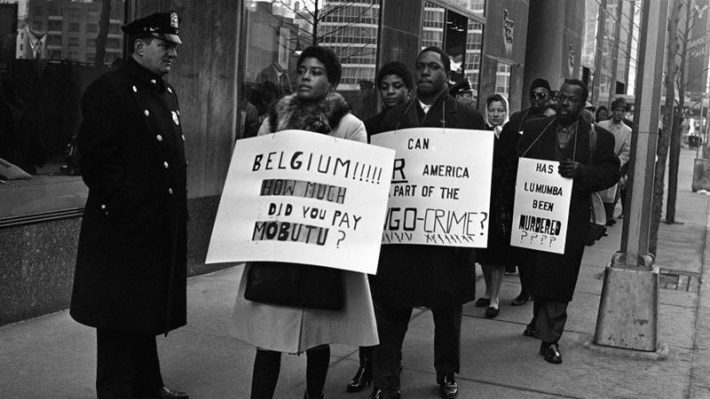 Days before the Democratic Republic of the Congo declared independence, a woman walked onto the tarmac of the Congolese airport with quick, assured steps. Her name was Andree Blouin, a known anti-colonial activist who was being deported by the Belgian government. All eyes were on her as she made her way to the plane bound for Rome. But among those watching, few knew that she had hidden, in her glamorous chignon hairdo, a damning political document that bore the signatures of Congo’s nationalist leaders.

She planned to take advantage of her expulsion to call an international press conference at which she would reveal evidence of Belgium’s interference in the transition to independence. As she walked on board, a colonial official blocked her path and asked, “Madame Blouin, are you expecting to return to the Congo?”