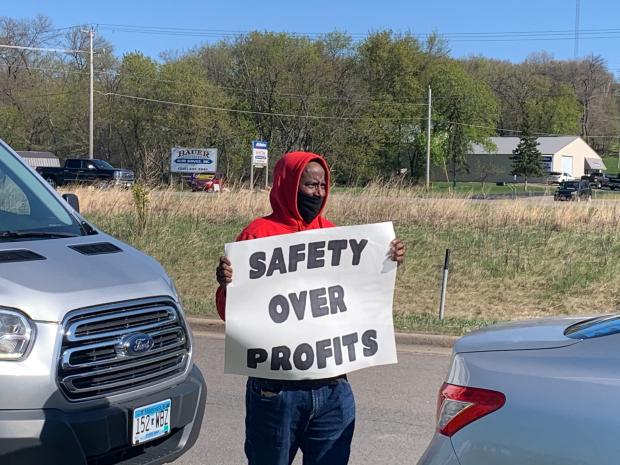 Six years ago, then 27-year-old Nimo Ibrahim started her new job deboning chickens at Pilgrim’s Pride in Cold Spring, Minnesota. For the young Somali refugee and single mother of three, the job was a lifeline as she had no other skills.

But she never considered the work “essential,” or one that could put her life at grave risk.

On April 23, Nimo showed up for her usual night shift, but things at the plant were far from usual; she had begun hearing about sick co-workers. News reports warned about coronavirus outbreaks in meatpacking plants throughout the US. She arrived feverish that night, with a headache, and, despite a temperature screening, was still allowed to join the line and work.

Shortly after midnight, she reported she was too sick to continue working and was escorted out of the plant. Test results two weeks later confirmed her fears. She had tested positive for Covid-19.

Nimo was one of the nearly 200 confirmed coronavirus cases at Pilgrim’s Pride. While she stayed home to recover, things took a dramatic turn at the plant. Workers staged a walkout and later joined residents in Stearns County, where the plant is located, in a protest outside the plant. The plant employs 1,100 people and “about 80% of the workers are Somali immigrants,” says Mohammed Goni, a staff organizer for the Greater Minnesota Worker Center, a St. Cloud-based nonprofit that assists low-wage workers and helped organize the rally with Pilgrim’s Pride employees.